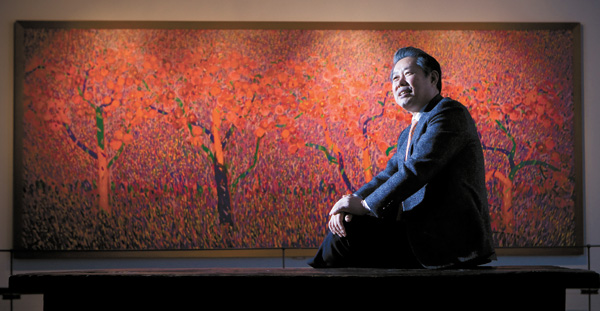 By peeping into the lives of others, we are able to empathize with people a little better.

This year marks the 70th anniversary of Korea’s independence from Japan’s colonial rule, and in that sense, it’s the perfect time to visit Seoul Museum in Buam-dong, Jongno District, central Seoul, to see traces of the turbulent period after independence.

Seoul Museum comes into view on the left after one passes through the Jahamun-tunnel in Seochon, or the region to the west of Gyeongbok Palace.

Currently, an exhibition titled “Masters of Korean Art” is being held at the museum. A total of 70 paintings by 36 modern Korean artists, including Ungno Lee (1904-89) and Ko Young-hoon, are being shown.

A glimpse at the exhibition provides a look at Korea’s modern history. The masterpieces from renowned painters, including “Yellow Bull” by Lee Jung-seop (1916-56) and “A Cottage Near the Well” by Park Soo-keun (1914-65), are also displayed. These are all from the private collection of Seoul Museum President Ahn Byoung-kwang.

A quote by English writer Henry Havelock Ellis that says, “Every artist writes his own autobiography” can be seen on the wall of the museum’s first floor.

Just like the quote, the exhibition attempts to deliver the life of artists and Koreans to visitors.

The pine tree in the garden of Seoul Museum, left, is preserved by the Seoul government. Seokpajeong, a historic site and Seoul’s Tangible Cultural Asset No. 26, is one of the museum’s highlights.

Ahn began his career as a salesman at Hanil Pharmaceutical. At first, he was a shy guy who couldn’t even speak a word in front of a customer, but after nine months, he ranked first among hundreds of salesmen at his company.

His first encounter with artwork began when he bought a Buddhist painting by Lee Nam-ho (1908-2001) in the early 1980s. He purchased the painting after he heard that collecting art is the best way to achieve inner peace for a salesman whose only concern may be earning money.

As for his career in the pharmaceutical industry, he founded Union Pharmacy, which grew into one of the biggest players in the sector with annual sales that exceed 300 billion won. And he finally opened the museum he had always dreamed of.

The JoongAng Ilbo talked to Ahn about the current exhibition, how he developed an eye for buying art and what it’s like to run a museum.


Q. Every single painting in the exhibition appears to be rare and precious.

A. This place is not only for renowned artists such as Lee Jung-seop, Park Soo-keun, Kim Whanki (1913-1974) and Lee Ufan. Some people may not be all that familiar with the artists and their lives, but they all led an upright life with pride as an artist. They created their own world that embraces both modern ideas and Korea’s traditions. I wanted to introduce these great Korean artists who made what I am now.


I heard the total amount of the pieces is around 35 billion won. Is this true?

Each piece has its own story. I did a lot of work looking for good pieces for the past 30 years. I also had to spend a significant amount of time studying art and the artists. In fact, collecting the paintings requires learning the artist’s life. It is not just buying an expensive painting.

My time could be more worthwhile because I spent time learning about artists. If I only focused on my business, my life would be emotionally barren. I think what we need is a good piece of art instead of a book about self-improvement.


You could enjoy this alone, but you chose to share your collection with others. Why?

Most of the collectors do not open their collection to the public, but I believe the culture should be shared. That was the reason why I opened the museum in August 2012. American best-selling writer and preacher Max Lucado said in his book “All You Ever Need” that all people should share water if another person is thirsty, no matter if he is good or bad. I also hope everyone “drinks water” and quenches their thirst at the museum. This place is for everyone, for them to see, feel and touch. The gallery is not a playground for wealthy people.

Having an eye for a good painting is important. How did you develop it?

I had to pay a lot in order to have that discernment. However, there are many “useless” pieces in storage at the museum, if I’m allowed to use that description. I guess most collectors have a similar situation. At first, I always looked for pictures painted with great skill. But now I look for paintings that have a life, a vitality that will never get old or go out of style. If I’ve learned one thing while collecting artwork, that’s it, I think.


Managing a museum is another issue, is it not?

Yes. It has been two and a half years since I opened the museum. It has frequently hurt me. I spent days agonizing over whether it is the right job for me or not. Sometimes I was even skeptical about what I was doing. If I went back in time and someone suggested that I open a museum, I am not quite sure I would readily accept the suggestion.

What do you mean by “it hurt you”?

I’ve held seven exhibitions since its opening. I often had to borrow from other collections, but that is not an easy task. It’s understandable because there has to be mutual confidence for loaning a collection to another, and since I’m new to the scene, I don’t have that. There was one time when I only got an approval after four rejections.

What else is hard for you? 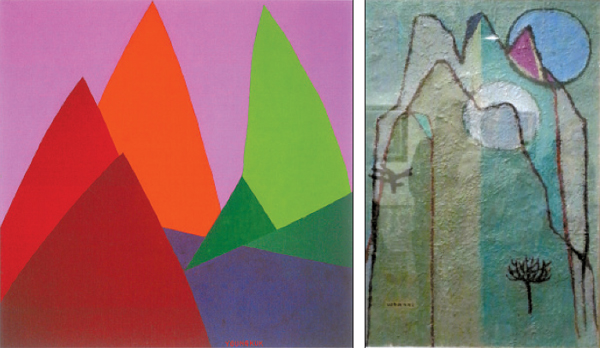 There is a notion that managing a museum is an investment. I did not open the museum for money, but it should have a minimum return in the long run. Yet there are circumstances that make it harder to manage a museum. About 10 private galleries open every year, but they close and give way to restaurants or cafes in just one to two years. Political and tax support are needed to encourage donations of artworks as well.

Do you consider yourself a museum director or a businessman?

I am, at heart, still a pharmaceutical salesman. My life and youth are all there. I have served the people in a very humble way. That is why people have enjoyed meeting me. I still work as a salesman even though I have 75 employees. The land at Guro [western Seoul], which I bought during the foreign exchange crisis in the late 90s was a great help [in maintaining my business]. The museum, on the other hand, is my effort to communicate with the world. If there was no art in my life, only hate would be left in my heart. The museum is a place for communication and healing and it has guided me throughout my life.

It’s hard to see paintings by non-Korean artists at your museum. Why is that?

I can’t afford pieces that are too expensive. My hometown was a small rural town in Yongin, Gyeonggi. Paintings based on our [Koreans’] joy and sorrow, such as reminiscing for childhood and yearning for a mother’s love, are what interest me. I keep my eye on young artists, yet their passion is not strong enough compared to the old artists.