Bryant likely to miss rest of the season due to injury

Bryant likely to miss rest of the season due to injury 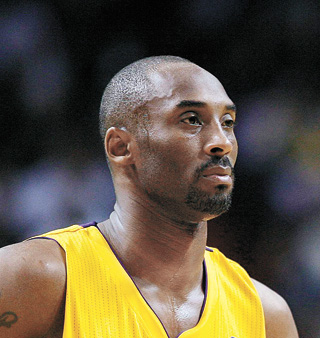 Kobe Bryant will have surgery Wednesday on his torn right rotator cuff, likely ending his 19th season with the Los Angeles Lakers.

The Lakers will announce a timetable for Bryant’s recovery after surgery, but Coach Byron Scott anticipates losing the third-leading scorer in NBA history for the rest of the year.

“Kobe is probably not going to play again this season,” Scott said.

“We all know how tough he is,’’ Scott added after Monday’s practice. “He’s a trooper, so we pray for him that his return will be sooner rather than later.’’

Bryant’s torn rotator cuff is his third season-ending injury. He missed the 2013 playoffs with a torn Achilles’ tendon, and he played just six games last season before breaking a bone near his left knee. His famously resilient body has finally worn down from the accumulated grind of 19 seasons and several lengthy postseasons with the Lakers, including five NBA title runs.

After returning to the training camp at nearly full strength, Bryant sat out eight games in the last month and played on a strict minutes limit to rest his 36-year-old body. He still dealt with assorted aches and setbacks before he injured his shoulder while dunking against the Pelicans.

The Lakers reacted to the news with disappointment and respect for Bryant, who was selected to the All-Star game for the 17th time last week. Bryant is averaging 22.3 points, 5.7 rebounds and 5.6 assists this season.

“Kobe is a warrior,’’ Lakers forward Carlos Boozer said. “He’s strong, and he’s going to attack rehab like he always has.’’

The Lakers also discouraged speculation that Bryant’s career might be over. He is the NBA’s highest-paid player at $23.5 million this season, and he is under a contract for $25 million next year.

“I think he’s done everything that you can possibly do in this league, and I think at times, we don’t appreciate all the stuff that he’s been able to accomplish,’’ Scott said. “I don’t think we appreciate how tough he is, all the injuries and other things that he’s played with, to be able to come back the way that he’s come back. I don’t see Kobe as the type of guy who wants to leave his legacy on [these] terms. I think he wants to go out on his own terms. We’ll just have to wait and see.’’

The Lakers (12-33) are in the midst of another aimless season, losing eight straight heading into Tuesday’s visit from Washington. The 16-time NBA champion franchise is almost certain to miss the playoffs in consecutive seasons for the first time since 1976.

Bryant wasn’t at the Lakers’ training complex Monday, and he didn’t attend their loss to Houston on Sunday night.