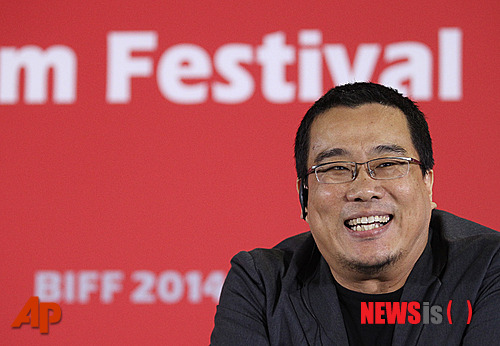 The film festival takes place next month from Feb. 5 to 15, and the panel will be led by U.S. director Darren Aronofsky.

Bong will be the second Korean jury member to head to the Berlin International Film Festival, which is one of the world’s major film festivals.

Actress Lee Young-ae was the first Korean jury member in 2006.

The 46-year-old filmmaker made his debut in 1994 but became popular with the dark comedy “Barking Dogs Never Bite” (2000) and rose to stardom with the 2003 hit film “Memories of Murder,” which was based on the true story of a serial killer in a small city in Korea.

Since “Memories of Murder,” Bong produced hits like “The Host” (2006) and became a trusted filmmaker who received rave reviews from both critics and audiences.

In his recent project “Snowpiercer,” he worked with famous actors Tilda Swinton and Chris Evans.