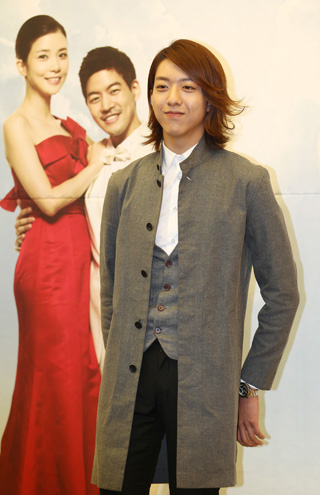 Lee Jung-shin, a member of K-pop boy band CNBlue, was cast in a lead role of the upcoming two-part drama series “Thank You My Son.” It is the singer’s first lead role since he began pursuing an acting career.

KBS said on Wednesday that Lee will play the role of high school senior Jang Si-woo, who fails to get into college due to his poor score on the College Scholastic Ability Test.

The state-run broadcaster added that the drama series will deal with the issue of Korean parents who are desperate to send their children to prestigious colleges so they will have a better future. In the course of the show, family members confront each other but eventually find the true meaning of family.

Lee broke into the music scene as a member of the K-pop quartet in 2010, but the 24-year-old singer has also recently been appearing in drama series as a supporting actor.