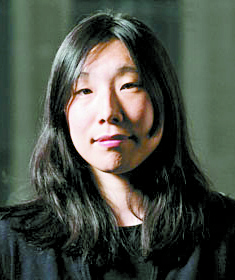 Can Samsung buy happiness? The Korean electronics conglomerate is sitting on $63 billion in cash and eyeing everything from chipmakers to software providers to help it create the kind of technological ecosystem that Apple has so handily constructed (and which Samsung so visibly lacks).

Samsung has reportedly been in talks to buy BlackBerry, apparently because it’s enthralled with the mobile operator’s patents and a secure network that manages email traffic for the U.S. government, military agencies, and, of course, major corporate customers.

If Samsung picked off BlackBerry, that might allow it to lock a loyal group of customers into its hardware universe. It’s a niche audience, for sure, but it’s a devoted audience and Samsung needs as much of that kind of loyalty as it can secure amid bruising battles for mobile market share.

Analysts have been chattering lately about a number of other deals Samsung could pursue, according to my Bloomberg News colleagues. All of that talk makes a lot of sense to me, I suppose, if Samsung wants to compete with the likes of Apple - and also if it simply wants to prove that it can be a mobile device winner again.

But Samsung has a software problem, largely because it hasn’t had much success making any of its own. It created the Tizen operating system for smartphones, TVs, cameras, wearable devices, and other gadgets, but Tizen hasn’t gotten much traction. Android, a Google product, still provides the brains for most of Samsung’s own hardware.

Even in the heyday of Samsung’s mobile device dominance, observers predicted that the company’s weakness in software would haunt it. Commoditization would decimate margins on all but its highest-end products, and it wouldn’t have an operating system that could snare consumers inside an ecosystem.

Those fears have basically been realized and Samsung has been pushed into the commoditized hardware corner of the market where profits and dominance can be fleeting.

The Internet of Things threatens to exacerbate the situation. Apple and Android are fighting to provide the platform for our connected lives in a market that the research firm IDC says could be worth $7.1 trillion by 2020. Samsung is pushing hard into the connected-home-and-hardware space. But if it never makes software to tie its products together, those devices will eventually fall prey to commoditization and low margins, a fate already visited upon the mobile phones Samsung produces.

If Samsung wants to use its war chest to acquire its way out of its current set of problems, it will have to do so in the context of a complex, family-owned business trying to solve a larger problem of power and relevance beyond the smart phone wars.

The Lee family controls Samsung’s 74 companies through a complicated web of holding structures centered around an amusement park company. But they directly own very little of Samsung’s stock.

Conglomerates like Samsung are common throughout Asia, and shareholders have become less enamored of their opaque, messy holding structures. They’ve tended to price the overall companies as less valuable than the parts housed inside these various corporate stables.

(Those brief years when Samsung was a mobile device powerhouse with rising fortunes were important in part because they kept shareholders happy and the stock price up, despite the company’s complexities.)

Chinese tycoon Li Ka-shing recently restructured his sprawling companies - Cheung Kong Holdings and Hutchison Whampoa - to separate the real estate and non-real estate assets and get rid of some complexity. The market loved that move.

Samsung has tried to simplify things too, by, for example, spinning off stakes in its chemical and defense units. Unless it really has a vision for software and an inventive hardware ecosystem, tacking on a series of acquisitions won’t help make it seem like a more streamlined, well-managed entity. And it’s the rare company that can engineer successful shopping sprees.

I think that Samsung can certainly buy a lot of companies that will make it seem more Apple-like in the near term. But at its core it is a top hardware-maker and electronics manufacturer that influences large swaths of the hardware world.

For example, Samsung is slated to be the main chip supplier for Apple’s next generation of iPhones. Only a handful of companies can make components at a scale large enough to satisfy customers like Apple, and Samsung is arguably the leader of that rarefied group. Samsung also makes some of the best home appliances on the market and it’s a top global hardware brand.

Samsung is never going to be Apple, a maker of sexy, high-margin products that dominate new consumer markets like payments and healthcare. If it’s trying to compete in that game, it’s a strategy that will probably end in tears.