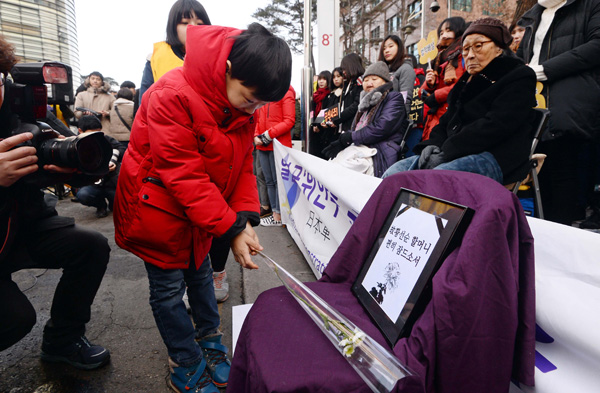 A boy lays a flower at a memorial to pay his respects to Hwang Seon-sun, a former wartime victim of sexual slavery under the Japanese military who passed away Monday, at the weekly Wednesday rally in front of the Japanese Embassy in central Seoul. The rallies call for a resolution to the issue. With the death of Hwang, who was 89, the number of known Korean survivors of sexual slavery during World War II dropped to 54. [NEWSIS]