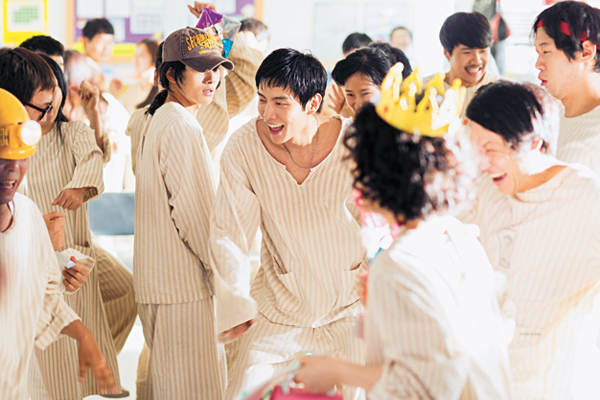 The novel “Shoot Me in the Heart” by award-winning author Jung Yu-jeong has been a steady seller since its release in 2009 and now Mun Je-yong is making his directorial debut along with the production team from “The Face Reader.” The team has been working to adapt the book for six years.

Soo-myung (Yeo Jin-gu) and Seung-min (Lee Min-ki) meet each other while they’re staying in the same room at Soori Hope Hospital, a desolate psychiatric institution on a mountainside overflowing with harassment and violence. Soo-myung accepts his psychical disorder, a phobia of scissors, and does what he’s told. However, Seung-min, who was forcibly hospitalized by his family, rebels against the nurses in charge and repeatedly tries to escape.

Even though Soo-myung knows he will be tortured, he always helps other patients. Despite putting on a brave face, he is not courageous enough to deal with his own issues. However, he starts to change his mind when he helps Seung-min escape. He discovers a hope and is able to overcome his phobia by spending time with Seung-min, finally deciding to escape with him. 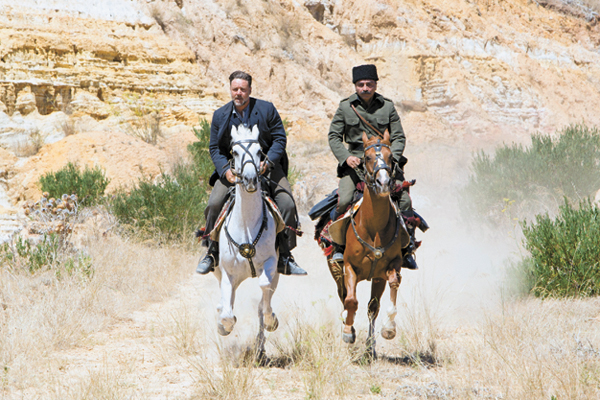 Russell Crowe, known for his roles in films such as “Gladiator” and “Noah,” has made a spectacular directorial debut with the historical drama film “The Water Diviner.”

A water diviner is a person who can detect the presence of water in the ground and used to be common in the outback in Australia.

After the main character Joshua (Russell Crowe) lost his three sons in the battle of Gallipoli in Turkey during World War I, he is tormented by guilt because he encouraged his sons to enlist as soldiers. His wife blames him for not being able to find their son and then commits suicide.

After his wife’s death, Joshua goes on a journey to Turkey to search for his sons. He is filled with grief, but he also realizes that the Turkish were victims of the war after he meets a hotel manager who lost her husband in the same battle. Keeping hope, he moves on to look for clues to find his children.

The film shows the torments of the war through Joshua’s journey. He meets people who he once was angry at but in fact, they are also victims.

“Big Eyes” is based on the divorce of the famous American painter Margaret Keane, and was directed by Tim Burton of “Edwards Scissorhands.”

The story of Margaret (Amy Adams) unfolds in San Francisco during 1950-60’s. The day-dreaming artist moves to San Francisco with her daughter after she gets divorced and falls in love with Walter Keane (Christoph Waltz) at first sight. Soon, they get married and Walter starts selling Margaret’s artworks, but passes them off as his own.

Margaret’s paintings gain huge popularity and the Keanes become welathy and famous. At first, Margaret was pleased that her art was well-received. But she started to become skeptical; she was kept out of the public eye because male artists were more accepted.

To stand up for herself and regain her pride, she starts a lonely battle with her husband. 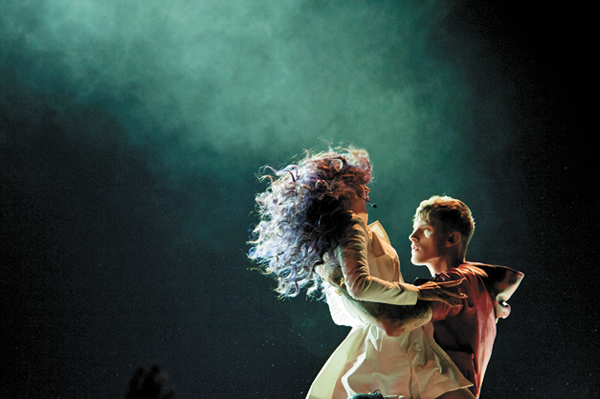 “Beyond the Lights,” a music drama, will surprise audiences with its strong storytelling and stunning soundtrack.

The film tells the story of Noni Jean (Gugu Mbatha-Raw) a music prodigy who won a singing competition as a young girl with the song “Blackbird,” which is the Korean title of the film. Her mother Macy Jean (Minnie Driver), wants Noni become a super star and with Macy’s pushing and Nori’s talent, she wins a Billboard Music Award without even releasing an album. However, the pressure to succeed makes Noni question her career and she attempts suicide. At that instant, a young policeman Kaz Nicol (Nate Parker) saves her and they fall in love.

The film illustrates Noni’s growth as she fulfills her own dreams in life and breaks free from the pressure she feels from other people. Her mother and people in the music industry disprove of Noni and Kaz’s relationship because it gets in the way of her becoming a super star. But she finds her own voice and sings about what she has always dreamed of.

The popular Japanese manga series “Attack on Titan”, which has sold more than 40 million copies, was adopted for cinema by Tetsuro Araki, who also directed the renowned animation series “Death Note.”

The film is about giant humanoid creatures called Titans that attack the world, where people have lived in fortresses for 100 years. The worlds built with the enormous walls are divided into three parts; the outermost is Wall Maria, the middle wall is Wall Rose and the innermost is Wall Sheena.

Eren Yeager is a little boy, who has always been interested in what lies beyond the walls. He lives in Wall Maria, which is the most dangerous part of their fortress world. The peaceful life inside Wall Maria is destroyed by an attack from the Titans and Eren witnesses his mother’s death by a Titan.

After he flees into Wall Rose, he applies to join the troops designated to fight the Titans, along with his adopted sister Mikasa. He trains for five years and finally gets to go outside the wall to attack the Titans, finding the secrets the creatures hold.

After the success of “Frozen,” Disney is releasing robot movie “Big Hero 6,” its first collaboration with Marvel Entertainment after acquiring the company. 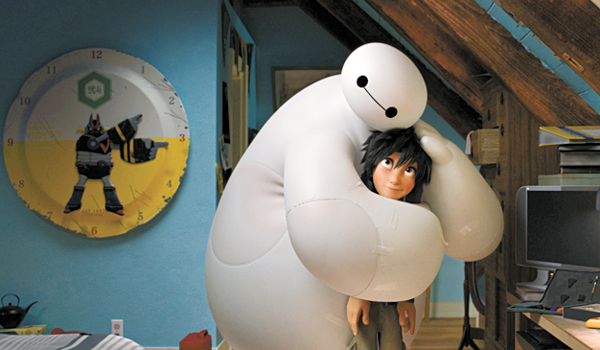 The story unfolds in San Fransokyo, an imaginary city that combines features of San Francisco and Tokyo.

When Tadashi invites Hiro to see him at university, Hiro meets Baymax, who will later help him protect the city in an epic adventure.

“Big Hero 6” has had towering success in the United States since its release in November, proving that Disney is undergoing a second heyday these days. Reviewers are championing the movie for its mix of Disney’s storytelling and Marvel’s exciting action scenes.

With its humorous dialogue, Disney’s new action-adventure feature enchants both kids and adults.