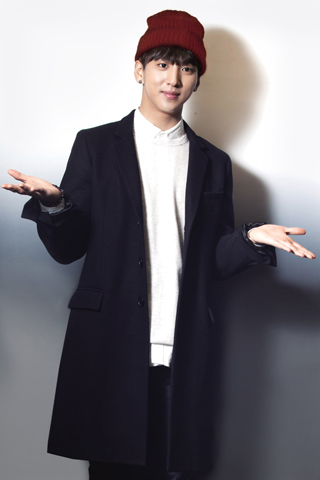 Baro, a member of K-pop boy band B1A4, has landed a role in the upcoming drama series “Angry Mom,” according to his agency, WM Entertainment.

In the Wednesday-Thursday drama series that will air in March, Baro will play the role of a high school student named Hong Sang-tae.

Born to an affluent family, Hong has everything he needs at home and at school. But later in the series he starts being challenged by Ah-ran, played by Kim Yu-jung.

Most recently, Baro voiced an animated character for the feature film “The 7th Dwarf.”

Along with Baro, actress Kim Hee-sun of “Wonderful Days,” actor Ji Hyun-woo of “Trot Lovers” and singer-actor Lizzy of girl group After School have been cast for “Angry Mom,” in which a mother who once bullied her classmates re-enters high school as a student to help her child, who is the victim of bullying.