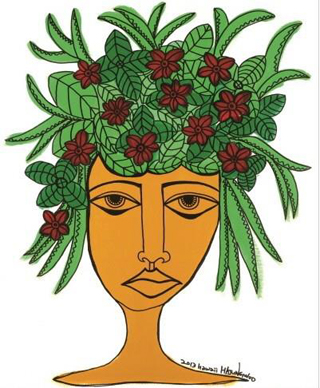 Actor-director Ha Jung-woo, who recently released his second feature film “Chronicle of a Blood Merchant,” will hold a solo art exhibition in Los Angeles next month.

The L.A. branch of Pyo Gallery told Yonhap News on Thursday that the show will display a series of paintings by Ha under the theme “pause.”

Ha created the pieces while preparing for his film “Chronicle of a Blood Merchant” in Hawaii.

The gallery, which also has branches in Korea, added that about 20 pieces of new work by Ha will be put on display from Feb. 28 to April 18 at the gallery located in L.A.’s Koreatown.

Since 2010, the 37-year-old actor has held a solo show in Seoul and New York each year.

He was also part of a group exhibition last March at Walter Wickiser Gallery in Manhattan, New York, along with two Finnish artists. All 16 of his pieces sold out at the show.

During an interview with the JoongAng Sunday last year, Ha said that his paintings receive more attention because he is an actor.

He also added that he’s been drawing for seven or eight years but that drawing is like writing journals for him because he sometimes has to hide his real feelings just because he is a public figure.

Ha will participate in the opening ceremony for his solo show in Los Angeles.

The celebrity debuted in 1998 and spent some years as an obscure actor but began to gain recognition with the 2008 hit film “The Chaser,” in which he played a serial killer. Since then, he has become one of the most successful and prolific actors in the nation’s film scene.