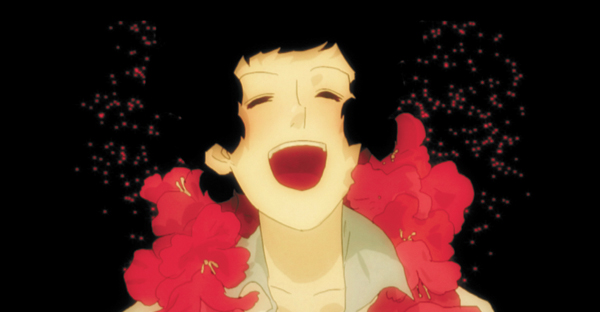 A scene from “Clearer Than You Think,” the debut feature animation of Han Ji-won. The 26-year-old director put together four distinctive stories she crafted separately in the past with the penetrating themes of “dream” and “reality.” Provided by the distributor

Animations featuring cute characters and heartwarming messages are, of course, mainly targeted at a young audience.

But their appeal to adult viewers has been highlighted recently, proven by the success of Disney’s “Frozen” at the end of 2013 and the popularity of recent hits such as “Penguins of Madagascar” and “Big Hero 6.”

However, some of the latest small-scale animated releases in the local box office are aiming more obviously at grown-up audiences by providing a series of thought-provoking messages about society.

“Clearer Than You Think,” crafted by new director Han Ji-won, reflects the 26-year-old director’s perspective that life and society is characterized by rampant competition to get ahead. 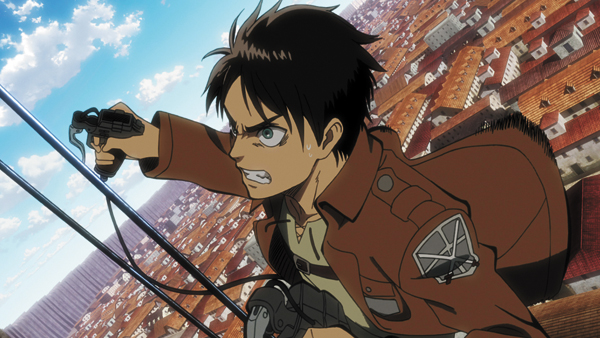 A scene from “Attack on Titan: Crimson Arrows,” based on the popular Japanese manga series “Attack on Titan.” Eren, pictured, fights against deadly giants to save his city. Provided by the distributor

The animated film opened last week in Korea. Han’s debut feature-length animation is an omnibus movie comprised of four nonlinear stories the director created separately during and after college.

As Han revealed that she had no initial intention of putting the shorts together in one film, the sections do not correlate explicitly.

Instead, the penetrating theme of the problems with compromising when your heart wants something else links them.

In the third section of film, “Kopi Luwak,” which won her the Indie Star award at the 6th Korean Independent Animation Film Festival in 2013, this core message is hurled at viewers when teen protagonist Kang-bo, a wannabe rock star, commits suicide when he is forced to throw away his dream in order to get into a prestigious university.

Han explained that her usage of death - which she admitted during a press conference this month is a little “radical” - was because she “didn’t want to hide the pressure and the cold shoulders,” she received while preparing for college admission.

One distinctive trait of her film is its bold transitions between simple sketches and more complex drawings with a focus on the delicate, meticulous expressions of characters that resemble Japanese romance manga.

Such segues were chosen to pursue a “rhythmic structure” within the movie so that Han could be more flexible with the emotional and visual tempo on screen, she explained.

“Each short part [in my film] is a little longer compared to usual short movies, so I tried to break that up a little bit by abruptly showing some different style of drawings,” she explained.

And in an unexpected way, it not only gives a break to the audience, but the overly simplified, emotionless faces seen on screen also encourage laughter.

When asked about the reason behind tying the four separate stories together under the distinctive title “Clearer Than You Think,” Han answered that despite the depressing moments weaved throughout the four-part feature, she wanted to express that every cloud has a silver lining.

The feature depicts a hierarchical and merciless city where the upper class takes advantage of those with a lower status to achieve what they want.

The film, rated 15, is directed by Tetsuro Araki, who is known for his other cartoon movies such as “Death Note” (2006).

“Attack on Titan” is a popular Japanese manga series that had sold more than 40 million books as of last year since first being published in 2009. It metaphorically shows a society existing under martial law, portraying the survival of the human species against man-eating giants in a rather violent, exaggerated way.

For the past 100 years, humans in “Attack” have hid behind three layers of walls to remain safe from the giants. The rich live in the center while the poor youths live in the outer circle.

However when an unprecedently enormous giant appears and threatens the city, the peace that has been maintained by the authorities falls apart.

Young people like the protagonist Eren, who don’t have much to lose, stand up against the giants, while their richer counterparts with much authority and wealth subsequently give up on the fight and hide.

“Crimson Arrows” is the first of a two-part series and was released in theaters nationwide, including in 4-D, on Thursday.