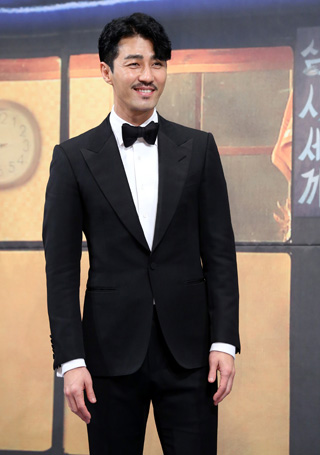 Actor Cha Seung-won will star in a new period drama series in April, according to his agency YG Entertainment.

YG said on Friday that Cha will play the role of Gwanghaegun, or Prince Gwanghae, one of the rulers of Korea’s Joseon Dynasty (1392-1910).

Gwanghaegun is a historical figures who has received mixed reviews from historians. Some see him as a realist who attempted to balance the great powers of Asia during his time, but others say he was a tyrant.

In the new drama epic titled “Hwajeong,” Cha will play the ruler of Joseon. Actor Kim Jae-won of “May Queen” (2012) is cast as power-thirsty Injo who later becomes the 16th king of Joseon Dynasty after staging a coup to get rid of Gwanghaegun. Actress Lee Yeon-hee of “Miss Korea” (2014) will appear as Gwanghaegun’s half sister.

The drama series will be about power struggles, jealousy and chaos against the backdrop of the Joseon Dynasty.

Cha’s last drama series was “You Are All Surrendered” (2014). He is currently appearing in a spinoff of popular reality TV show “Three Meals a Day” set in a small fishing village.