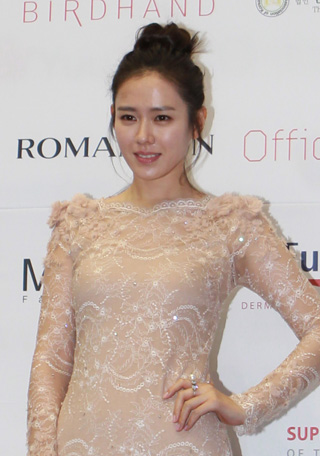 Actress Son Ye-jin will star in a Chinese film tentatively titled “A Bad Guy Must Die,” according to her agency Msteam Entertainment.

The 33-year-old actress will advance into the Chinese film industry with the movie, Son’s agency said Friday.

The film is fully funded and will be distributed by Huayi Brothers, one of China’s major entertainment companies. Korean filmmaker Kang Je-kyu of “My Way” (2011) and Chinese director Feng Xiaogang of “Personal Tailor” (2013) will participate in the joint project as executive producers.

The film will be located on Jeju Island and is about a group of Chinese men who run into a mysterious Korean woman during a trip to Korea.

Son will play the role of the Korean woman while Taiwanese actor Bolin Chen will act as the male lead in the action-packed black comedy.

Huayi Brothers said in a press release on Friday, “We’ve been asking Son to be a part of our project for so long because she is one of a few influential Korean actresses who can act and attract moviegoers.”

Son debuted in the entertainment scene in 1999 and has had a successful career in both films and dramas.

Most recently, however, she’s been focusing more on movies.