They did their best

They did their best 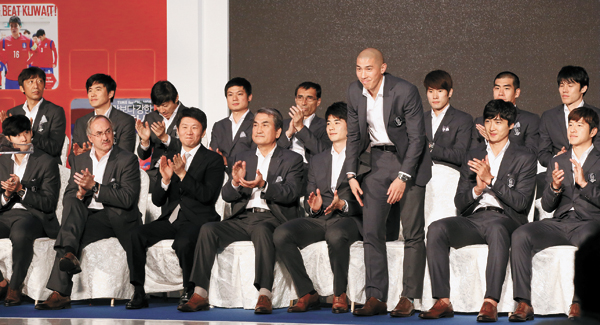 The Taegeuk Warriors, who placed second in the AFC Asian Cup after losing the final 2-1 to Australia on Saturday, give a press conference after arriving at Incheon International Airport on Sunday. The team was received warmly. Cha Du-ri, standing in the front row, is retiring from the national team, although he missed out on a final victory in his last tournament. By Kim Kyung-bin