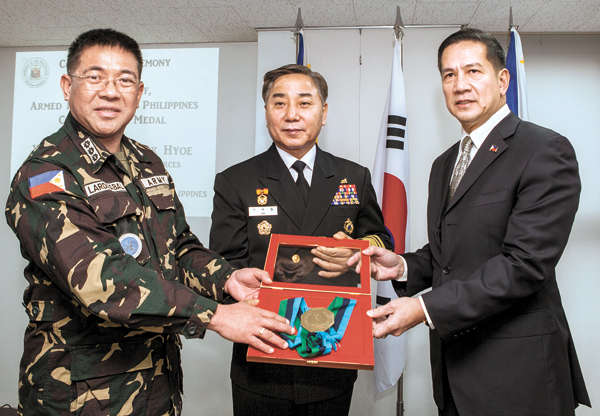 Ambassador of the Philippines Raul S. Hernandez, far right, awards Navy Vice Admiral Koo Ok-hyoe, center, an Armed Forces of the Philippines Chief of Staff Commendation Medal at the Philippine Embassy in Yongsan District, central Seoul, Thursday. Koo was acknowledged for his command of the Araw Contingent in Leyte in 2013, which provided “exceptional assistance” in disaster relief in the wake of Typhoon Haiyan. Left to Koo is Philippines Defense and Armed Forces attache Colonel Francis Eugenio L. Lardizabal. By Park Sang-moon