Roof of the world

Roof of the world 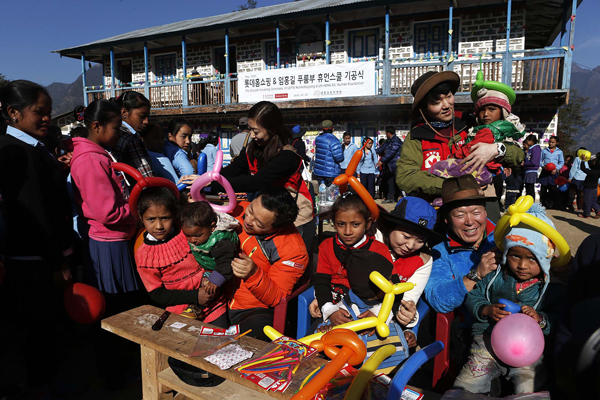 Korean climber Um Hong-gil, executive director of the Um Hong Gil Human Foundation, seated second from right, hand out balloons to students at a school in the village of Phurumbu in northeastern Nepal, with workers from Lotte Homeshopping on Friday. The establishment is one of the 11 schools in the Himalayas established by the foundation. Out of five more schools planned to be built, Lotte Homeshopping will be the main sponsor of the 12th. Um was the first person to climb the 16 highest summits of the Himalayas. [Joint Press Corp]