The ‘Ode’ generation remembers, gets its due

The ‘Ode’ generation remembers, gets its due 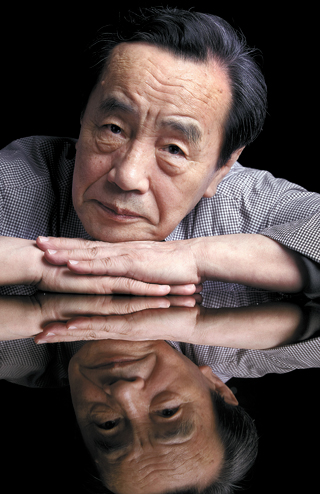 Kim Jong-hae, 74, former chairman of the Society of Korean Poets, recalls his life in 1960s and ’70s. By Kwon Hyuk-jae

When Jang Seong-il, 73, recalls his time as a young student in Germany, he remembers the hardships he had to endure as someone from a poor, divided country.

“I was treated as if I had come from an uncivilized world,” says Jang, who studied at a university from 1968 to 1975. “But the more I was discriminated against, the more I was determined to study.”

Jang says he slept no more than five hours per night during his time abroad, studying constantly. “To Germans at the time, Koreans were no different from barbarians from a third-world country. But after I ranked at the top of the class, they began to see me differently.”

He eventually returned to Korea and taught civil engineering at Seoul National University.

Jang’s story is not unique among those born before the 1950-53 Korean War, a generation that experienced Korea’s tumultuous transition from a country in ruins to an economic powerhouse.

For most members of that generation, who are now in their 70s and 80s, their youth was a constant battle to survive. Today’s young Koreans can only glimpse their experiences in movies or novels - reminders of how poor this country, now Asia’s fourth-largest economy, was only a generation ago.

“I kept bumping my head on rocks in a mine 1,500 meters below the surface,” says Kim Jung-bong, 69, who was sent to Germany in the 1960s to work as a miner. “I would drink four to five liters of water,” he recalls, “but I wouldn’t pee at all because I’d sweat it all out underground, where the temperature reached 40 degrees Celsius [104 degrees Fahrenheit].”

The challenges faced by the older generation are vividly depicted in “Ode to My Father,” the box-office smash that has now drawn more than 12 million viewers. In the movie, lead character Deok-su volunteers to work as a miner in Germany and flies to Vietnam in the middle of the war to earn money to send back to his family in Korea. Deok-su’s story has resonated deeply among those who lived through the period, who say they also made sacrifices for the good of their families and country.

“Quitting my job would have been the same as pushing my family off a cliff,” says Kim Jong-hae, 74. “No matter how badly I was treated and swore at by my superior, I held onto my job.”

One commonality among the elder generation is their sense of pride having pulled their country out of poverty and transformed it into what it has now become.

“Throughout the entire history of the Korean Peninsula, we’ve never had enough food,” says Kim Jung-bong, the former miner. “It was only because of our generation that Koreans can now eat until they’re full. I am just thankful that I was part of that achievement.”

While some cite the economic difficulties they endured to rebuild the country, others remember the physical sacrifices they made.

Jang Geon-sang, a Vietnam War veteran, takes dozens of pills daily to ease the aftereffects of Agent Orange, a toxic defoliant used during the war. He says the blood shed by his fellow soldiers helped protect this country and made its development possible.

“If we had not been deployed to Vietnam, then the United States would have pulled its entire forces stationed in Korea to augment its war efforts there,” he says. “At the time, the military strength of North Korea overwhelmed us without the American military. Our country was saved because I and other men in uniform fought in Vietnam.”

While the elder generation recounts the era in which they went from extreme poverty to economic prosperity, many in other generations find it difficult to communicate with them due to the vastly different experiences they have had in their lifetimes.

In a survey by the JoongAng Ilbo conducted of 1,370 male adults, three out of 10 men aged 70 and older said they only talk to their children once a month.

While many of those who suffered during the Korean War listed national security and readiness against North Korea as top priorities, only 2.3 percent of men aged 45 to 55 agreed with such an assessment.

This group is known as the “386 generation” - Koreans born in the 1960s who went to university in the 1980s and came into their 30s in the 1990s, named after the Intel 386 microprocessor that was introduced in their youth. The 386ers find themselves sandwiched between two eras: that of their parents and children.

The 386 generation prides itself on its role in protesting against dictatorship and the restoration of democracy in the 1980s.

They also remember being flooded with job opportunities due to the rapid economic growth from the 1980s to 1997, when the country was hit by the Asian financial crisis. For many belonging to the 386 generation, political awakening during their college years was a major milestone of their youths.

Yet the significance of these experiences leads to a sense of alienation among the generation, who find that neither their parents nor children understand their perspective.

“My father is strongly anti-Communist because of his experiences during the Korean War,” says Kim Chang-jin, 50, a company worker. “And my daughter, now in college, is indifferent to politics or social issues. Often, I find it impossible to communicate with either of them.”

The generations also differ on what they consider the most significant achievement of the 386ers.

According to the same JoongAng Ilbo survey, more than half of respondents from the 386 generation, or 52.4 percent, said their most significant achievement was the democratization of the country. Only 19 percent of respondents in their 70s and 80s agreed.

Among the elder generation, 30.3 percent said providing education for their children was the most significant achievement of the 386 generation, followed by industrialization, with 27.9 percent.

Analysts say the current generational conflict stems from the lack of mutual sympathy due to the wide gap between the experiences of the different generations. “To expand the boundary of understanding,” says Jang Se-hoon, a professor of sociology at Dongah University, “it is important to have casual and open-minded discussions with people at different ages.”