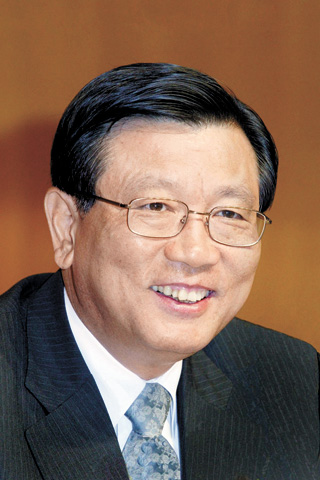 Kumho Asiana Group Chairman Park Sam-koo on Tuesday announced that he has invited about 1,400 Japanese officials from political and tourism circles to a cultural event to improve the strained political relations between the two countries.

The company wants to bring in more tourists from Japan as this year marks its 25th anniversary of operating flights to the nation. Two years after Asiana was established in 1988, the company started a flight from Seoul to Tokyo in January 1990 and now flies 19 routes to 15 cities.

Asiana Airlines said it will host the event from February 12 to 14 at Coex and at Lotte Hotel in Jamsil, southeastern Seoul, in cooperation with the Korea Tourism Organization (KTO).

Along with Chairman Park, the event will be attended by Minister of Culture, Sports and Tourism Kim Jong-deok, and KTO head Byun Choo-suk. From Japan, Nikai Toshihiro, head of the All Nippon Travel Agents Association, and Kubo Shigeto, Japan’s tourism commissioner, will be among the attendees.

“This is a civil diplomacy event where people from each country’s tourism industry can meet,” Asiana said in a statement, adding that it gave discount tickets to the 1,400 visitors.

The company said that Park and Nikai agreed to organize an event to commemorate the 50th anniversary of the normalization of diplomatic relations between Korea and Japan. Park has been interested in expanding in the Japanese market for a long time and also helped the NHK Symphony Orchestra to hold a concert in Korea in June, the first time in eight years that the orchestra has played in the country.

The two nations have been consistently trying to boost tourism. In August, the KTO held a symposium to develop tour business ideas, which was attended by Kubo.

As of November last year, a total of 2.11 million Japanese tourists visited Korea, according to the KTO, but the number was lower than in 2013 due to the weakening yen and strained relations over political issues including the Dokdo territorial dispute.

But the Japanese are still the second-biggest tourist group after the Chinese. Visitors from that nation reached 6.13 million last year.

Koreans are also an important customer group for Japan, with 2.76 million visiting Japan last year, the second-most after Taiwan, with 2.83 million.