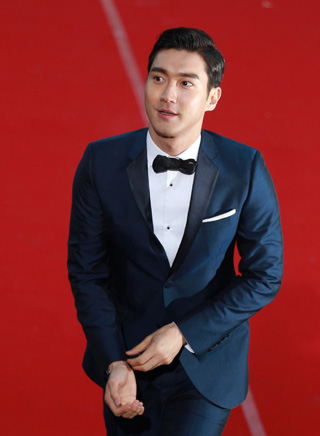 Choi Si-won, a member of K-pop boy band Super Junior, is going on a worldwide tour to promote his film “Dragon Blade,” a Korea-China joint project.

His trip begins Friday and he will be touring until Feb. 14 with other actors in the film, such as Jackie Chan, John Cusack and Adrien Brody.

In the period action film set in China’s Han Dynasty, commander Huo An (played by Chan) becomes a slave after he is labeled as a tyrant. He thus embarks on a journey to regain his fame by joining hands with a prince from Rome.

In the film, Choi plays the younger member of Huo An’s troop.

During the promotional events, Choi will reportedly be flying in Chan’s chartered airplane.

Although Choi began his singing career in 2005 as a member of Super Junior, he has also been pursuing his acting career inside and outside Korea.

“Dragon Blade” is set to open on March 12 in theaters nationwide.