Calls for justice pick to bow out

Calls for justice pick to bow out 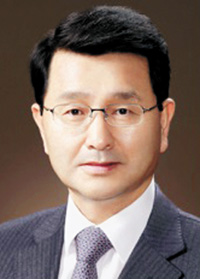 The nominee for Supreme Court justice, Park Sang-ok, is under fire for his alleged involvement in covering up the torture and death of a student activist in the 1980s.

Lawmakers, the Seoul Bar Association and civilian organizations voiced outrage Wednesday that Park, 59, concealed the fact he was the prosecutor who oversaw the probe into the death of Park Jong-chul, a 21-year-old Seoul National University student.

In the widely publicized 1987 case, it was discovered that Park Jong-chul, a pro-democracy student activist who protested President Chun Doo-hwan’s dictatorship, had been tortured to death by police.

He was detained without an arrest warrant and waterboarded by investigators in January 1987, which resulted in his death.

At the time, the authorities initially announced that he had died of shock after being hit just once by an officer. The truth was revealed afterwards through the efforts of the Catholic Priests’ Association for Justice.

The Seoul Bar Association signed a statement Wednesday saying that Park “does not have the qualities” to become a justice.

“Nominee Park, as he worked as a Seoul prosecutor, participated in both the first and second round of investigations into the torture and death of Park Jong-chul, and is a person directly responsible for downsizing the incident and neglecting his duties,” said the Seoul Bar Association in the statement.

“Through the systematic concealment of the Park Jong-chul case by the prosecution and related agencies, it took 20 years to reveal the truth to the world.”

An opposition lawmaker also demanded on Tuesday that Park give up his justice nomination for hiding his involvement in the case.

Seo Young-kyo, the main opposition New Politics Alliance for Democracy floor spokeswoman, said, “More allegations against nominee Park are revealed daily, which is a serious problem in regards to his qualifications as Supreme Court justice. For concealing the Park Jong-chul case, it is right that nominee Park should resign.”

Civilians held a rally in front of the Blue House Wednesday, insisting that Park step down and for a reform in the Supreme Court justice nomination process.

“As a human being, I find it regretful and apologize for ending the investigation at that time without conducting it more thoroughly to find the real truth,” the justice nominee said on Wednesday in his defense.

“But I will honestly explain my role as the investigative prosecutor at that time during the confirmation hearing.”