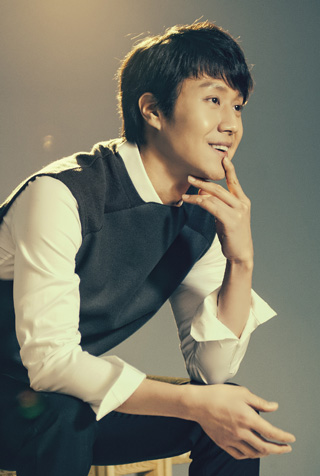 Actor Jung Woo will always be remembered as Sseureki, the character he played in the cable TV channel drama “Reply, 1994” that won him instant popularity in 2013.

The retro drama was a critical breakthrough for the actor, who was frequently seen acting as a sidekick on the small and big screen since debuting in 2011.

Coincidentally, the 34-year-old actor has again picked a nostalgic piece. The film “C’est Si Bon” will take viewers back to a legendary 1960s music hall where young and stressed people gathered at night to share their love for music and dancing.

Back in those days, the famed venue generated the folk duo Twin Folio comprised of Yoon Hyung-joo and Song Chang-sik, both of whom are still spotted sporadically in the music scene today.

The film, which opened in local cinemas Thursday, starts with the premise that there was an additional member in Twin Folio named Oh Geun-tae, played by Jung.

Although the actor’s last drama and the film have some things in common, in Jung’s perspective the two eras differed a lot.

“The 1990s was electrifying, whereas the ’60s and ’70s were warmer and cozier,” he said in an interview with the JoongAng Ilbo, an affiliate of the Korea JoongAng Daily.

Q. Folk is not exactly mainstream these days. How did you familiarize yourself with the genre?

A. Although I wasn’t born at that time, I still like listening to folk songs because of their good lyrics and down-to earth melodies. In addition to songs from the 1960s and ’70s, I like listening to Kim Kwang-seok and Lee Moon-se, too.

You play an unsophisticated and naive boy from the countryside who has a deep heart. How did you do this so naturally?

I just thank my parents, who gave me the ability to sympathize with others. I am easily moved to tears when I can feel an actor’s emotions reflected through the small or big screen. That was one of the reasons why I picked “C’est Si Bon.” I could completely put myself in Geun-tae’s shoes. 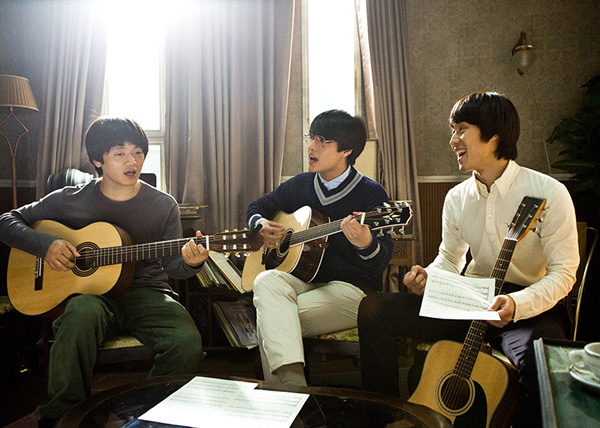 I wanted to be an actor, but I didn’t know what I should do to achieve that. I was always nervous. My parents ran a bookstore in my hometown, Busan, so I read a lot of movie-related magazines and kept myself busy checking the audition dates posted on the back cover. I auditioned whenever I got the opportunity.

When people think about Jung Woo, “Reply, 1994” automatically comes to mind. How does that make you feel?