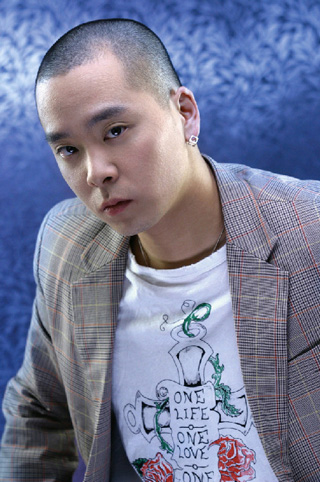 Naul, an R&B singer and a member of K-pop R&B quartet Brown Eyed Soul, released his newest track “You From the Same Time” on Thursday at noon.

Brown Eyed Soul is organizing a project in which each of the members of the group releases a solo song.

The versatile singer writes, composes and produces his songs. He also did solo and group shows as a painter while pursuing his singing career.

A music video featuring the 37-year-old Naul and actor Yoo Seung-ho, who was recently discharged from military duty, also went public on the same day.

Although Brown Eyed Soul refrains from appearing on TV shows, its members often appear in concerts.

The group first formed in 2003 and is one of the few R&B bands in Korea.

Vocalist Jung Yup, who has hits like “Nothing Better” and “You Are My Lady,” is also a member of the group.