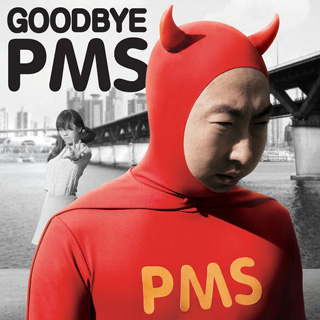 A duet by comedian Park Myung-soo and K-pop singer Lizzy, a member of girl group After School, will be released on Feb. 11, according to Universal Music, the song’s distributor.

PMS usually means premenstrual syndrome, but Double Sidekick, the composer and producer of the team who came up with the track, said that in this case it refers to a monster that creates all the worries and stress suffered by a high school girl.

PMS is also an acronym of the comedian’s name.

“The lyrics of the song are very cute, as if they are quoted from the journal of a high school girl,” said Universal Music in a press release on Thursday.

In the image from the digital single’s cover, Park wears a body-hugging devil costume with “PMS” embedded on his chest, while Lizzy holds up her hand at him.

Lizzy recently released her first solo album, “Not an Easy Woman,” and is busy promoting her new song.

Park debuted as a comedian in 1993 and has also released a couple of albums.

He has also sung numerous duets with K-pop singers such as Jessica, a former member of Girls’ Generation, and Kim Ye-rim. All the collaborations ranked high on major music portals upon their release.