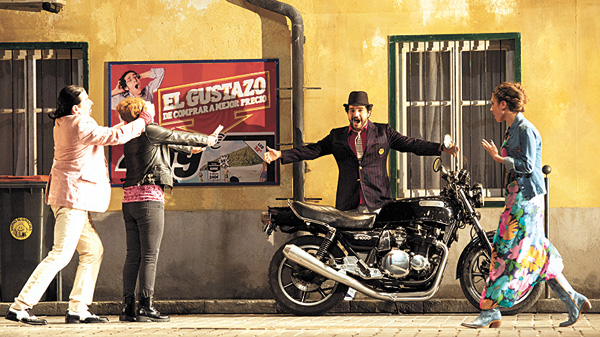 The Barber of Seville (All)

Globally known Italian opera “The Barber of Seville,” by famous composer Gioachino Rossini, has been adapted for the screen.

Through the movie, the audience can witness the real stage of the Paris National Opera, along with stunning performances by renowned singers.

The traditional love story unfolds in Spain between Almaviva and Rosina, who are in ill-fated love with one another.

The opera is the first from the Figaro trilogy, which is a well-known opera buffa (Italian comic opera). It is much easier to digest than other, more difficult operas, according to critics. 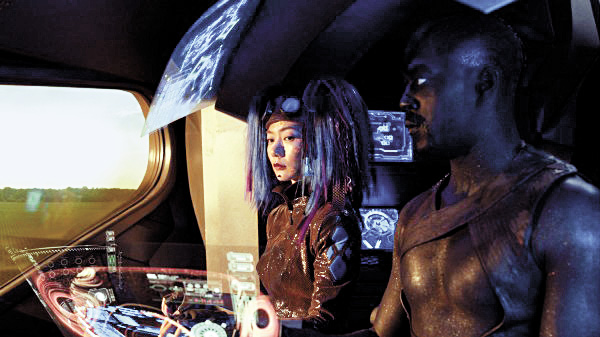 Sibling directors Lana Wachowski and Andy Wachowski of the “Matrix” trilogy have received huge attention for their tremendous imaginations and creativity.

This time, they are returning with another science-fiction film, “Jupiter Ascending,” for the first time in three years.

Mila Kunis of “Ted” plays the heroine in the film.

In “Jupiter Ascending,” the earth and other planets have been created by a royal family of aliens that now want to take of the living creatures to make a youth potion that will let them live forever.

But soon, the matriarch of the house dies and a war breaks out amongst her children Balem (Eddie Redmayne), Kalique (Tuppence Middleton) and Titus (Douglas Booth).

Meanwhile, another heir on Earth, Jupiter Jones (Mimla Kunis), draws their attention. Caine Wise (Channing Tatum) comes to Earth to tell her that she is a heir and the power struggle continues. 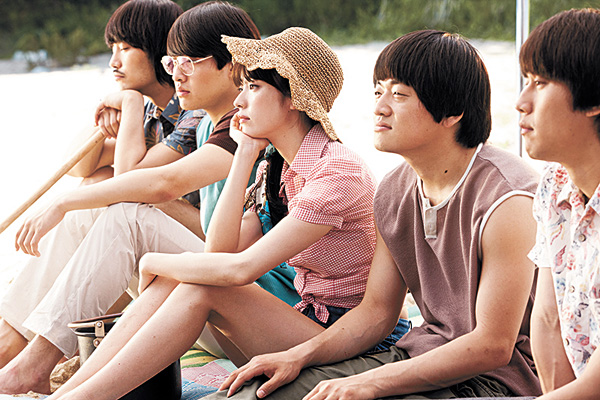 “C’est Si Bon” was a music hall Korean youths gathered at to see performances staged by unknown folk singers in the 1970s.

It was the most popular venue of its kind in Seoul.

The story begins with the assumption that the popular duet folk band Twinfolio, who made their spectacular debut at C’est Si Bon, was actually a trio.

Yoon Hyoung-ju (Kang Ha-neul), who has a sweet voice, and musical genius Song Chang-sik (Jo Bok-rae) meet as rivals at the music hall.

The owner of the music hall suggests that they should form a folk band but trouble ensues when Oh falls for the venue’s muse, Min Ja-young (Han Hyo-joo).

The old pop songs in the film boost its entertainment value and the high advance ticket purchase rates shows that the trend for retro styles could strike again after the popularity of TV drama series “Reply 1994” and the film “Ode to My Father.”

The head cinematographer on “How to Steal a Dog,” Kim Hyung-ju, makes his directorial debut with the documentary film “The Basement Satellite.”

Kim depicts the journey that digital artist Song Ho-joon goes through to launch a personal satellite without any help from science authorities.

It took three and a half years to make this film. Kim won the Audience Award at the DMZ documentary film festival with it last year.

Song Ho-joon, a young digital artist, has a dream to launch his own satellite. The reason is very simple; he wants to give a message that anyone can do anything if he can produce his personal satellite and launch it without any help.

To make the satellite, he figures out that he needs about 100 million won ($91,000) and starts to design T-shirts to earn the cash.

Despite his hopes and expectations, the T-shirts do not sell well and he is also

confronted with several technical difficulties in the making of his DIY satellite. The director and Song stressed that the success of the project will encourage the young generation. 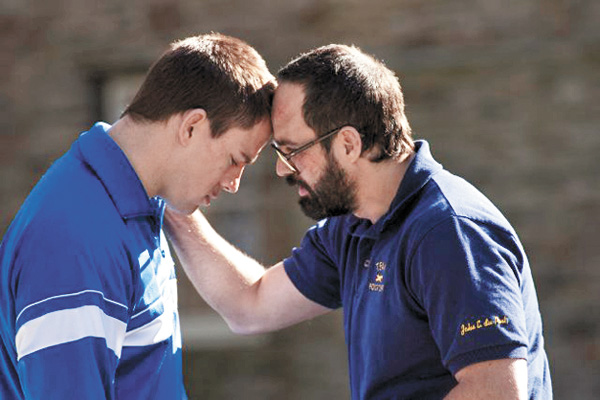 Director Bennett Miller of “Moneyball” returns for the first time in four years, with a thriller based on the autobiographical memoir “Foxcatcher: The True Story of My Brother’s Murder, John du Pont’s Madness, and the Quest for Olympic Gold.”

To escape from the obsessiveness and jealousy of his older brother Dave (Mark Ruffalo), Mark decides to join the team alone.

Soon, Mark follows as his father depends on him.

However John, an eccentric character, uses Mark as a tool for releasing his hate for his mother, who has always regarded wrestling as superficial.

But after a while, Mark finds himself needing Dave.

Channing Tatum of “G.I. Joe: Retaliation”, Mark Ruffalo of “The Avengers” and Steve Carell of “Despicable Me 2” take the leading roles in this movie.

Miller won the Best Director Award at the Cannes Film Festival with the film in 2014.

The novel “Shoot Me in the Heart” by award-winning author Jung Yu-jeong has been a steady seller since its release in 2009. And now, Mun Je-yong is making his directorial debut along with the production team from “The Face Reader.”

The team has been working to adapt the book for six years.

Soo-myung (Yeo Jin-gu) and Seung-min (Lee Min-ki) meet each other while they’re staying in the same room at Soori Hope Hospital, a desolate psychiatric institution on a mountainside overflowing with harassment and violence. Soo-myung accepts his psychical disorder, a phobia of scissors, and does what he’s told.

However, Seung-min, who was forcibly hospitalized by his family, rebels against the nurses in charge and repeatedly tries to escape.

Even though Soo-myung knows he will be tortured, he always helps other patients. Despite putting on a brave face, he is not courageous enough to deal with his own issues.

However, he starts to change his mind when he helps Seung-min escape. He discovers a hope and is able to overcome his phobia by spending time with Seung-min, finally deciding to escape with him.

In the process of adapting the novel into a movie, some details were changed. Explanations about characters were omitted and much additional research was needed to reproduce a fictional mental hospital onscreen.

*More information is available on the websites listed below