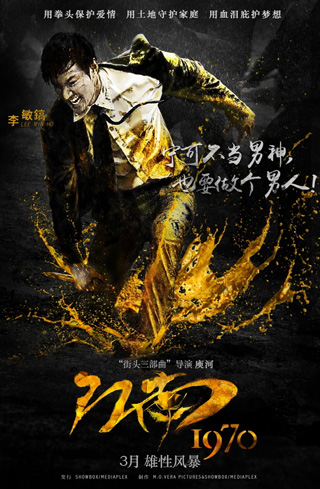 An alternative ending will be created for Lee Min-ho’s “Gangnam Blues” in China because of the popularity of the Korean actor, according to the movie’s distributor, Showbox.

The company said on Friday that a new ending will be made for the Chinese release of “Gangnam Blues” and that the film will be re-edited to add in more parts that include Lee.

Lee has a strong fanbase in China.

Chinese moviegoers will also see some additional scenes in which Lee and his fictional love interest, played by Seolhyun, a member of girl group AOA, develop a romantic relationship.

The film is about two youths who get tangled up in greed and money in the turbulent 1970s period when the southern part of Seoul, Gangnam, goes under a city redevelopment project.

“Gangnam Blues” is slated to open in China next month.

The film was released in Korea last month and has attracted about two million viewers so far.