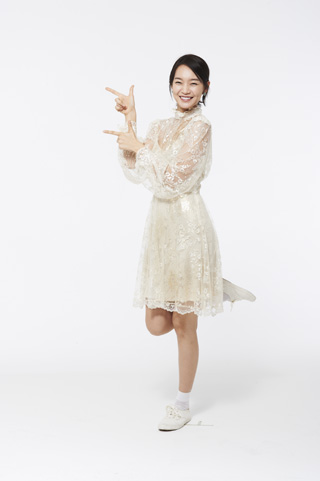 Actress Shin Min-a will pair up with actor Lee Sun-kyun in the upcoming romantic-comedy film “Love is a Virus.”

According to film industry insiders on Friday, the 31-year-old actress chose the movie because of its unique plot, in which a woman who spreads a virus that kills people who are not in love falls for a man who invents vaccines to counter the bug.

Shin will play the lead role while Lee will act out the role of the vaccine developer.

The two have never worked together before, but it has been reported that Shin wanted to work with Lee because he is one of the most prolific actors in the nation.

Recently, Lee has starred in action films, but he has also appeared in hit films and dramas with a romantic element in the past, including “Pasta” (2010) and “All About My Wife” (2012).

Although Shin debuted in show business as a fashion magazine cover model in 1998 at age 13, she’s been continuously pursuing acting.

Her recent work has included “My Love, My Bride” and “Gyeongju,” two films that were released last year.

Filming for “Love is Virus” will begin starting March. The movie is likely to be released sometime within this year.