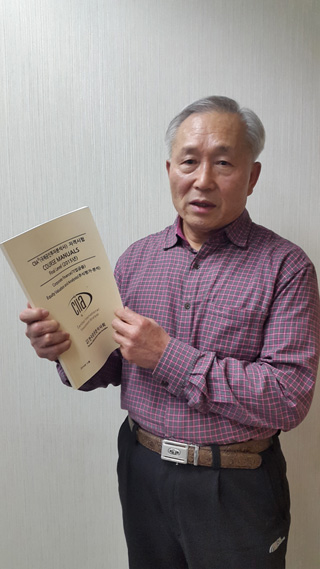 Former Army Colonel and retail investor Lim Seung-geun has a Certified International Investment Analyst (CIIA) qualification, which even business students or those in the financial industry having difficulty obtaining.

Today, he is a retail investor who purchases and sells stocks in the comfort of his own home in Seongsu-dong, Seoul, though he no amateur.

After retiring from the Army as colonel in 1993, he worked at Choheung Bank - now merged with Shinhan Bank - for five years as the head of security management. But his work at the bank didn’t last long: He retired in 1998, just after the Asian financial crisis, and since then has been trading stocks at home.

“I decided to gain a financial investment certificate after I started digging into books about stock investment after several major losses,” Lim said.

In 2006, his investments were mainly concentrated in Korean shipbuilding, an industry he was certain would rise to the top.

But while his choice wasn’t poor, his timing was. After the global financial crisis in 2008, the global market affected even the local stock market.

“No analyst at the time released reports regarding when stocks were sold,” Lim said. “I ended up with a huge loss that motivated me to study.”

But he wanted more.

On the CIIA, some of the questions are translated into Korean, but the chances of getting the certificate are better when candidates answer in English.

Test-takers must get at least 60 points out of 100 on the exam, which is divided into seven subjects: economics, corporate finance, accounting and statement analysis, equity valuation analysis, fixed income valuation and analysis, derivative and portfolio management. In the past 15 years, only 109 people, including Lim, have passed the exam in Korea.

However, Lim admitted that over the past three years, his daily routine had essentially been the same: He woke up at 5 a.m. to read the daily newspaper, then he studied for the CIIA. Between 9 a.m. and 3 p.m., he would log on to the home-trading system, where he would concentrate on his stocks. He took a two-hour break after the market closed. And from 5 p.m. until midnight he would again prepare for the exam.

“Studying economics and finance is fun,” Lim said. “But accounting is difficult since I have no field experience, so it makes me want the challenge more.”