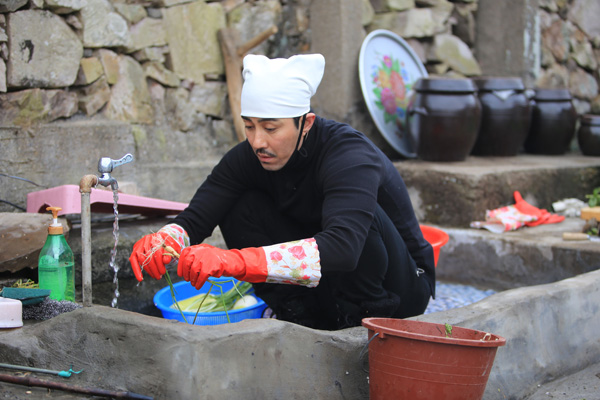 A spinoff of popular TV show “Three Meals a Day” earned 11.3 percent of the overall viewership rating with its Friday episode, according to Nielsen Korea - the series’ highest score yet.

Even TV shows and dramas that air on major broadcasters like KBS, MBC and SBS find it hard to earn more than 10 percent of the viewership rating these days because people have more platforms to watch shows other than sitting down in front of their TV sets.

The show earned immense popularity for its format in which its hosts feed themselves in a small farming village by raising animals and growing vegetables.

Based on the success of the first season, which was set in a typical farming community in Gangwon, the second season, dubbed “Fishing Village,” is based in a small, remote fishing village six hours away from the mainland by ferry.

Unlike the first season, which featured two city guys who struggled to feed themselves, actors Cha Seung-won and his long-time friend Yoo Hae-jin made everything they need from their surroundings, including furniture and spicy Chinese noodles.

Despite the sudden departure of actor Jang Keun-suk, who was cast as one of the three main participants along with Cha and Yoo, the show has been setting records in terms of viewership every Friday night since first airing on Jan. 23.

Its next episodes will feature actors Jung Woo of the film “C’est Si Bon” and Chu Sung-hun of the reality show “Superman is Back.”