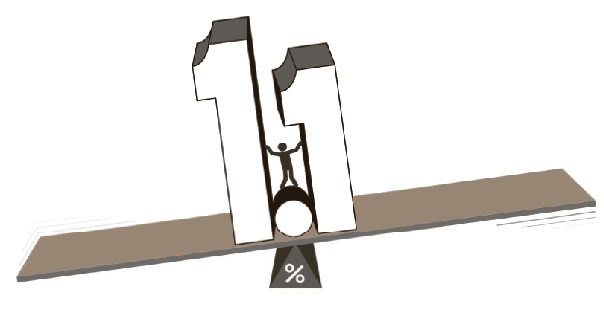 Due to the protracted low interest rate, a new mortgage program with the lowest-ever interest rate designed by the government will be launched next month with two goals: to ease the financial burden on consumers and encourage them to boost housing market transactions.

But it is questionable whether the low mortgage will result in more people buying homes because home values are not expected to rise anytime soon.

The 1.1 percent interest rate, the lowest among all mortgages, will be available nationwide through Woori Bank.

Consumers are showing interest in the low rate, although details about the program, which was designed in 2013 by the Ministry of Land, Infrastructure and Transport, aren’t widely known.

The profit-sharing mortgage must be paid back in 20 to 30 years. It covers up to 70 percent of the price of a home, and interest will remain in the 1 percent range for seven years. The rate is even lower than the Cofix, the standard rate at most banks, which was 2.1 percent in January.

The Land Ministry’s program also lowers qualification barriers for eligible borrowers. Regardless of annual income, people who either have no house or just one house can apply for the mortgage. The ministry ran a trial period of the mortgage on non-homeowners starting in October, and decided to expand the eligible groups after seeing positive results and high demand.

Initially, the new home loan was limited to married couples with less than 70 million won in annual income at a 1.5 percent fixed interest rate for an apartment or house smaller than 85 square meters (915 square feet) or cheaper than 600 million won.

Some government restrictions have been eased to allow the new mortgage. Currently, government-backed mortgages are only available for homes valued at less than 600 million won or that are 85 square meters or smaller. But the new program will also include homes worth 900 million won and 102 square meters.

“The program will be popular among middle-class people who are planning to buy a house,” said a Land Ministry official.

However, there are some risks that consumers should be aware of. The main idea of the profit-sharing mortgage is to divide the rising value of the house between the homeowner and the bank after seven years. The program is designed so that banks offer a cheap loan and benefit later when the value of the house increases.

The Korea Appraisal Board will evaluate the price increase of the home at the bank’s request.

And after the first seven years, the interest rate could rise, so it is hard to predict debtors’ future burden.

If a home price goes down, the homeowner will have to bear the loss.

Experts say the program might only be helpful if the value of a home climbs by more than 2 percent. Consumers would have to decide whether they will be financially stable enough to repay the loan after seven years and predict how much their house would be worth at that time.

According to a simulation by Woori Bank, if home prices rise more than 2 percent a year, it would be better for consumers to choose the current government mortgage, called a housing guarantee mortgage, with a 3.3 percent interest rate rather than the new program. Under the government mortgage plan, debtors are required to pay more interest every month but they don’t have to share the increased value of their house later. If the housing price remaining flat, the profit-sharing program might help debtors, the bank said.

Experts have said the new program gives more advantages to banks than homeowners. If the value of a home declines, the Korea Housing Guarantee Corporation will make up for the bank’s loss.

Experts are divided over the effectiveness of the profit-sharing mortgage.

“Because the market interest rate is so low, people who think they can afford to pay the mortgage after seven years might be happy to apply for the program,” said Kim Hyun-ah, head of construction economy research division at the Construction Industry Research Institute of Korea. “It is an alternative for people in their 30s who are longing for home ownership.

But some raise concerns that the program might produce another group of “house poor,” referring to those who end up with huge debts as the value of their home falls.

“When the 1 percent interest rate ends after seven years, many people will put their houses up for sale because they can’t keep paying the mortgage and higher interest rates, while home prices are falling,” said Jun Sung-in, an economics professor at Hongik University.