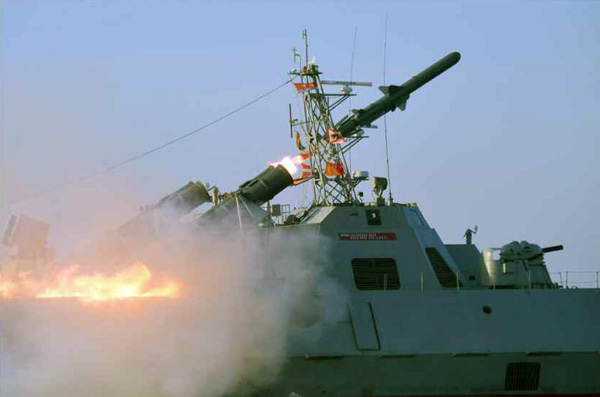 The Rodong Sinmun, the official newspaper of North Korea’s ruling Workers’ Party, reported on Saturday that North Korea has test-fired a new anti-ship cruise missile. The state-run newspaper also mentioned that North Korean leader Kim Jong-un was on site to observe the “ultra-precision” rocket’s firing from a naval vessel in an exercise conducted by the country’s East Sea fleet. The report did not mention the time nor the location of the drill. Yang Moo-jin, a professor at the University of North Korean Studies in Seoul, said the reclusive country was demonstrating its military capabilities ahead of next month’s annual joint military drills between South Korea and the United States, which Pyongyang argues are a rehearsal for invasion. [Rodong Sinmun]