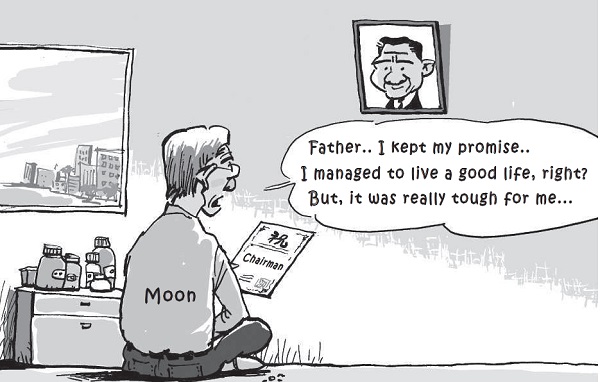 After being elected to lead the main opposition New Politics Alliance for Democracy, Moon Jae-in, the former presidential chief of staff under the late President Roh Moo-hyun, lets out his feelings before a portrait of the former statesman. While he says he is proud that he has managed to live a good life, he also admits that it was tough. His monologue is made up of quotes from the popular film “Ode to My Father.” By Park Yong-seok