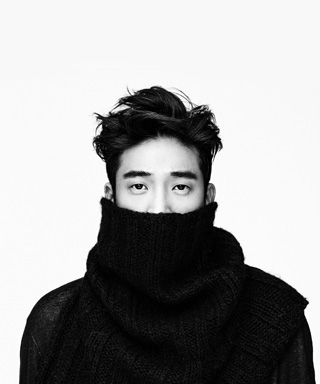 Singer-rapper MC Mong will release a mini-album in March, just four months after he released his sixth studio album.

Dream Tea Entertainment, the singer’s agency, said Monday that the rapper is working on new songs, and that his single will be released March 2.

“[Releasing another album] was possible all thanks to MC Mong’s fans,” the entertainment agency said in a press release on Monday.

The singer-rapper had been away from the music scene for five years after he was accused of attempting to avoid military duty. In Korea, avoiding military duty is seen as shameful and serving in the military is a point of pride for many Korean men.

Despite the controversy, MC Mong released his sixth studio album in early November and most of the songs became instant hits on major music portals.

But MC Mong did not appear on TV or any radio shows to promote his album, and his agency said he plans on staying away from the publicity circuit once again.

Before the military-dodging scandal, MC Mong was popular for his humor and down-to-earth personality, and he has had a prolific career both in music and variety TV.

But his career abruptly came to a halt due to the legal battle that stemmed from his attempt to evade military duty by having some of his teeth removed.

MC Mong was later cleared of the accusations, but he stayed out of the music industry for five years due to the sensitive nature of the issue.