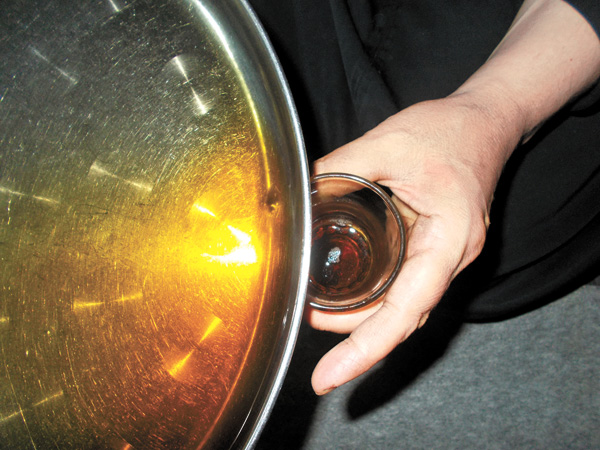 A photo taken by teen Shourouq at Za’atari refugee camp for Syrians in Jordan. Provided by the organization

Nearly 10 months have passed since the Sewol ferry sank off the southwestern coast of Korea, killing more than 300 people - most of them students from Danwon High School in Ansan, Gyeonggi.

And while the disaster and the intense media attention that followed have left a lasting impact on the school, a semblance of hope can be seen in a photography exhibit featuring work by a selection of Danwon students.

“Seoul Meets Za’atari” includes some 80 photographs taken by 11 members of the school and 13 Syrian refugees from the Za’atari camp in Jordan.

The show is the result of an exchange project organized by international charity Save The Children. It was suggested by French photographer Agnes Montanari, who was teaching photography to Syrian refugees as part of the organization’s Healing and Education Through the Art program. 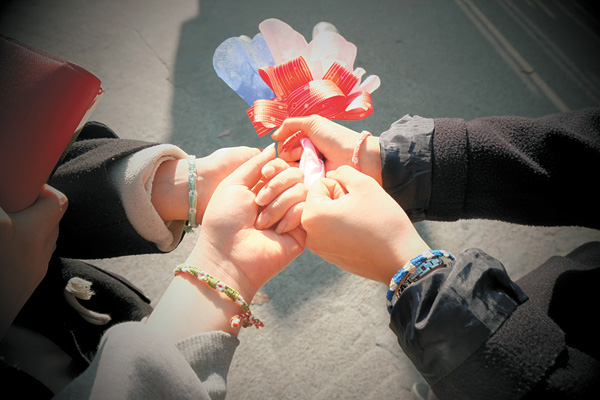 An image by Park Do-yeon from Danwon High School of the handmade bracelets she and her friends made themselves.Provided by the organization

“We hoped for [the participants] to regain their everyday lives by making a hobby and interacting with friends that are in their age group,” said Kim Seung-jin, a director of communication at the organization. “The concept of making friends abroad attracted their attention.”

She added that the young people from both countries exchanged photos and posted comments and questions on the program’s blog.

For the project, the participants were asked to take a photo using film cameras of the things they value most in their lives.

In preparation for the show, photojournalist Kwak Yoon-sup from the Korean daily newspaper Hankyoreh has voluntarily taught photography to the 11 Danwon students - nine of whom were on the Sewol - since last August.

Friendship was among the most popular themes for the Danwon students, who shot handicrafts, buildings and paths they shared with friends. The yellow ribbons that symbolize support for the Sewol’s victims can also be spotted in the images, while sadness and longing are prevalent.

“The program had an apparent healing effect for the Danwon High School students,” said Shin Eun-jeong, the assistant manager of the organization’s PR team who overlooked the program from the beginning.

“These students were very awkward and timid at first. So when taking photos, they distanced themselves from the objects, only taking photos of a classroom or the facade of a school. But by learning how to express themselves through photography, they were able to communicate through their work.”

Written pieces by the participants on display at the exhibition show a glimmer of hope.

“I don’t know if I will have the opportunity to hold discussions with people and take pictures in the future. In preparing for this exhibition, I was so thankful for the opportunity to think about the thing I value most in my life and to meet other people. It was really nice,” one of the Korean students wrote anonymously.

The exhibition is being held in 57th Gallery in Jongno District, central Seoul. It runs through Feb. 18. Admission is free. Opening hours are from 11 a.m. to 7 p.m. every day.