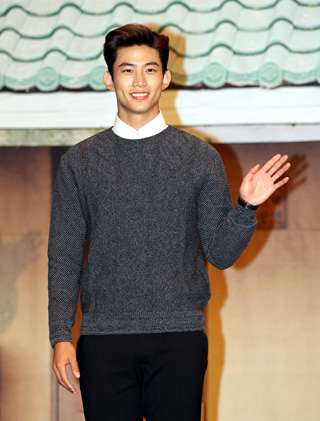 Ock Taec-yeon, a member of K-pop boy band 2PM, shared his plans for the year during an interview with K-Wave Magazine.

“I will be singing and dancing as part of 2PM in the first half of the year and will focus on acting in the second half of the year,” the 27-year-old said, according to an article in the February edition of the magazine.

“Nothing has been decided about my next [acting] project, but I want to be part of a good piece of work.”

He was also asked about his experience on the popular reality TV show “Three Meals a Day,” in which he and actor Lee Seo-jin fed themselves by growing vegetables and cooking three meals a day in a small farming village in Gangwon.

“I had to work a lot and it wasn’t easy to adapt to the new environment. But I was happy with the outcome,” he told the magazine.

In addition to the interview, the K-pop magazine has a multipage photo shoot with Ock.