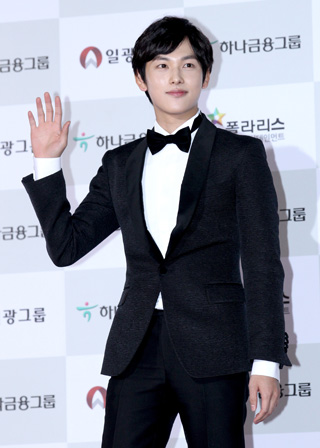 The next move for singer-actor Yim Si-wan, a member of boy group ZE:A, will be meeting his fans in Seoul and overseas.

His agency Star Empire Entertainment said on Tuesday that Yim will meet fans in six Asian cities starting next month.

The first fan meet is scheduled for March 7 in Tokyo followed by Shanghai on March 15, Seoul on March 21, Hong Kong on March 28, Guangzhou, China, on April 18 and Taipei on May 2.

“He is currently practicing singing and dancing techniques day and night for the fan meet events,” an official from the agency said in a press release.

Yim made his debut in 2010 as a member of ZE:A, but he was not the most popular member at first. However, he began acting in 2012 and received rave reviews from critics and viewers.

Yim soared to stardom last year in the cable TV drama series “Misaeng,” which is set in a typical midsize Korean company.

Yim plays Jang Geu-rae, an average Joe who is struggling to survive in a trading company.

As a result of the drama series, local news agencies reported that the singer-actor earned 2 billion won ($1.8 million) from 10 endorsement deals.