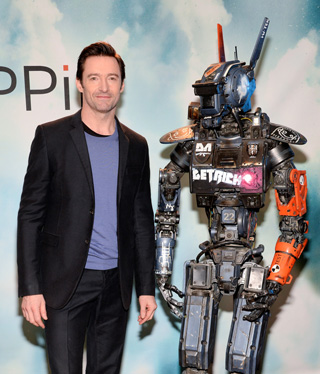 NEW YORK - It’s not that often that Hugh Jackman gets a role speaking in his native Australian accent, so while working on the upcoming science-fiction thriller “Chappie’’ he had to get reacquainted with the dialect.

The 46-year-old Tony Award winner told the Associated Press on Tuesday that using his own accent “was great but weird.’’

“I had to practice it because it was way stronger than my natural accent,’’ Jackman said.

Jackman also admits brushing up on some of the Australian slang that writer-director Neill Blomkamp wrote for the part.

“He used a lot of phrases, and I had to end up Googling the slang,’’ Jackman said. “Neill was coming up with some really cool sayings. ... I was trying to think of more, so I ended up Googling some of them.’’

“Chappie,’’ which opens in theaters on March 6, tells the story of a fallen police robot that is reprogrammed to think and feel for itself. Jackman said he had fun playing the film’s antagonist, an engineer strongly opposed to artificial intelligence.

“We got to create this character that did stretch it a bit. We had a lot of fun with him from the look, his mannerism, the way he talked. At the same time, it was very much based in a reality that was needed for the movie in terms of the voice of caution,’’ Jackman said.

Blomkamp is known for his science-fiction thrillers “District 9’’ and “Elysium.’’

The last time Jackman appeared in a film using his native accent was in “Australia’’ in 2008, opposite Nicole Kidman. He did lend his voice to the 2012 animated film “Rise of the Guardians.’’

Jackman, who just finished a Broadway run in the Jez Butterworth play “The River,’’ says he will hit the stage again next month.AP