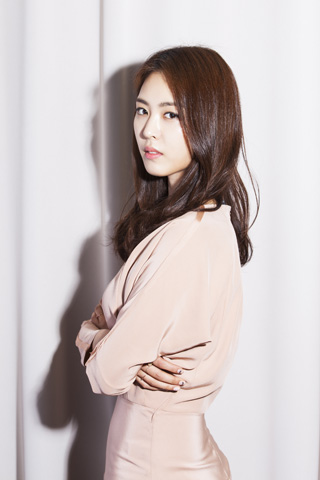 Actress Lee Yeon-hee has been criticized for her acting throughout her 14-year career.

But critics don’t take issue with her looks. Instead, many say the 27-year-old is simply a bad actress, one that has showed very little progress in her on-screen acting skills.

In the face of such negativity, it would be natural for Lee to avoid the limelight or refrain from taking on challenging roles.

But instead, she is tackling a provocative role as the mysterious and seductive Japanese geisha Hisako in the historical comedy “Detective K: Secret of the Lost Island,” which opened in local theaters Wednesday.

In an interview with Ilgan Sports, an affiliate of the Korea JoongAng Daily, Lee opened up about her most recent role and how negativity makes her work harder.

Q. What made you take on the role?

A. I was captivated by Hisako. I liked the fact that she has the keys to solving many of the cases that arise in the film. I know she doesn’t appear a lot compared to others characters in the movie, but she leaves a very strong impression on the viewers in spite of that.

What part of the character did you try to highlight the most?

Hisako is an attractive, sexy character, but she doesn’t exude sex appeal by showing a lot of skin. Rather, she uses her general aura. She’s also mysterious and people can’t really tell what she’s thinking.

There’s a scene where she dances in a kimono, which is a part I worked on a lot. I learned the choreography for a month, but there were also impromptu moves. It was good that I was able to learn the new moves quickly.

How do you feel about the criticism of your acting?

I believe it is something I must go through to grow as an actress, somewhat like growing pains. It’s something I must overcome; something only I can overcome. Also I think it provides motivation for me to put in more effort. Sometimes I feel discouraged, but such criticism undoubtedly makes me put a lot of thought into what kind of actress I want to be.

What do you usually do on your day off?

Every time I finish a film or a drama I go on a trip, sometimes with friends, sometimes with family. But I like to travel by myself, too. I also learn things I’ve been meaning to. Most recently I learned horseback riding. During the summer I love to swim and in winter I go skiing.

You chose another period drama as your next television role. Is there a reason you picked another historical piece?

I didn’t really intend to do two period pieces in a row, but I’ve just been proposed so many roles in epics recently. Since “Hwajeong” is a 50-episode drama series, my goal for 2015 is to be healthy and in good shape. I feel more responsible as an actress day by day and I don’t want to disappoint my fans anymore.