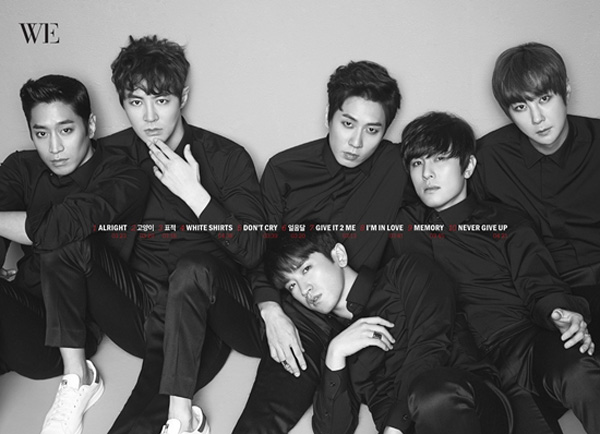 Shinhwa, one of the nation’s longest-performing boy bands, is set to compete with younger singers by releasing its 12th full album “We” on Feb. 26.

Shinhwa recently finished shooting a music video for “Target,” the title track, and is currently adding final touches to the new album.

“The choreography will be much fiercer and wilder than any other previous title tracks,” said Shincom Entertainment, the boy band’s agency, in a press release Wednesday.

Shinhwa will hold two concerts on March 21 and 22 at Seoul Olympic Park, southeastern Seoul, to commemorate the group’s comeback.

Shinhwa first broke into the music scene in 1998. The six-member boy group is one of the first-generation boy groups. All the members are in their mid to late 30s.

Most first-generation boy groups have disbanded, but Shinhwa remains solid despite numerous scandals. Andy, one of its members, was caught spending money on illegal gambling in 2013. According to industry insiders, Shinhwa postponed its comeback because of Andy’s gambling scandal.