Hanssem focusing on designs to match a lifestyle

Hanssem focusing on designs to match a lifestyle 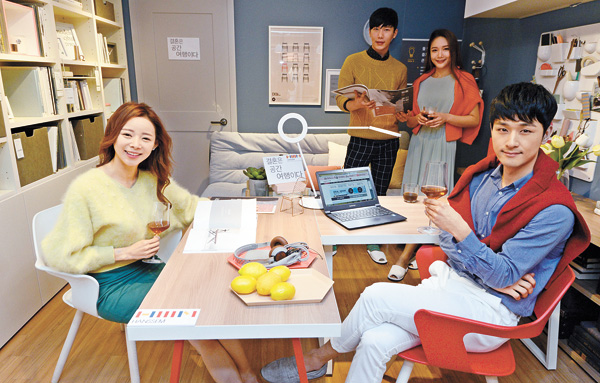 Models pose in a living room that Hanssem designed for newlyweds. [NEWSIS]

Hanssem, the leading Korean furniture and interior design company, is gearing up to compete with Ikea while also planning an aggressive expansion into overseas markets, particularly China.

Chairman Choi Yang-ha stressed that Hanssem is no longer a furniture company, but has refashioned itself as a company that sells spaces and lifestyles.

To become more competitive, the company plans to increase the total number of large stores that it directly manages from 13 to 15. It will also start using new technology such as a 3-D simulation that can transmit a customized design for a room to a customer’s smartphone to help them make better choices. 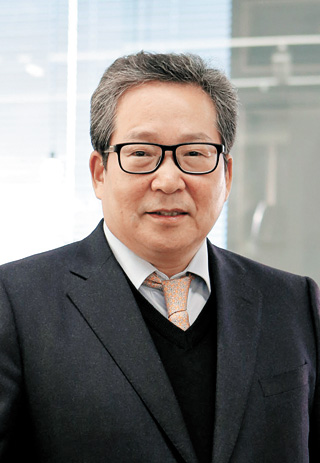 “Undoubtedly Ikea is a global giant, but it has its weaknesses,” said Chairman Choi during a press conference held at JW Marriott Hotel in Seocho District, southern Seoul on Wednesday. “We have strengths that Ikea doesn’t have, such as the wide variety of distribution channels including stores, online shopping malls and even home shopping channels as well as better delivery and assembly services.”

Choi acknowledged that Hanssem falls short of Ikea when it comes to its variety of goods.

“But when you look at products that customers find necessary, we have better competitiveness,” the chairman added. “In recent years we have raised our price competitiveness by expanding our automation in the manufacturing process, and as a result, some of our products are cheaper than the ones offered at Ikea.”

He said the company can compete with a furniture giant like Ikea as long as it pushes for more growth.

The chairman said that Hanssem will focus on overseas markets after starting business projects in China and the United States last year.

The Korean company’s president, Kang Seung-so, who recently returned from a trip to China, said he was confident of Hanssem’s success in the world’s largest market.

“The business models that we are trying out in the Korean market today will later be used in the Chinese market,” he said. “We are currently working on the details of our business model and we plan to try out this model two or three years from now in China.”

At its stores, Hanssem introduced 20 space arrangements representing five lifestyles in a 79-square-meter area (850 square feet), which it considers a common house size among newlyweds. More than 80 stores in Korea will show the displays that match the layout of a real apartment.

The company said that for its new designs, it analyzed the living conditions of roughly 10,000 couples who were buying furniture before getting married, as well as pictures taken by 100 couples who have been married for less than a year between September 2013 and August 2014.

“We have created this to provide solutions for newlyweds in decorating their homes,” Choi said. “After analyzing our work, we have come to the conclusion that newlyweds prefer to get advice on space arrangement according to their customized lifestyle rather than advice on how to pick out beautiful furniture.”