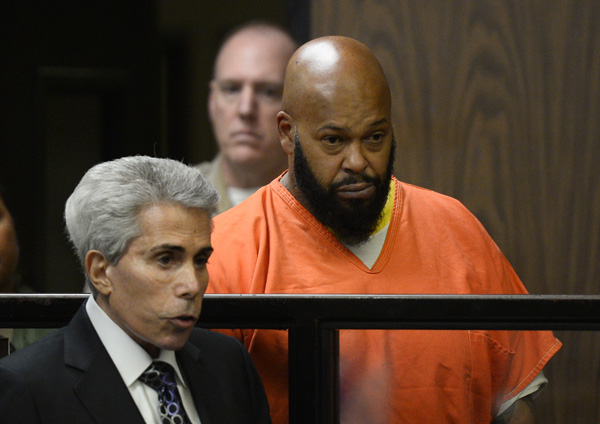 LOS ANGELES - A lawyer for Marion “Suge” Knight said Wednesday that members of his office have reviewed video that appears to show the former rap mogul was ambushed before two men were hit with his truck and one was killed.

David Kenner said the surveillance video came from a Compton burger stand where Knight struck the men on Jan. 29.

Asked what the video showed, Kenner replied, “An ambush.”

He declined to discuss specifics of the footage but said it would aid in Knight’s defense against murder, attempted murder and hit-and-run charges. Knight, 49, has pleaded not guilty to the charges and remained jailed without bail.

Kenner said details about the confrontation that killed Terry Carter, 55, has been one-sided and he urged people to keep an open mind.

A phone message seeking comment about the video from the sheriff department’s Lt. John Corina was not immediately returned.

Kenner criticized previous statements made by Corina that Knight had repeatedly struck actor and film consultant Cle “Bone” Sloan, who was injured by the truck.

Corina has said witnesses told investigators it looked like an intentional act.