A still from Korean film “How to Steal a Dog” is shown left while a shot from “Eoh Wu Dong” is shown right. Both movies were allocated a low number of screens from CJ CGV and Lotte Cinema, two of the nation’s largest theater chains and subsidiaries of CJ Group and Lotte Group, reigniting the controversy over the monopoly conglomerates that own multiplexes have over the film market. Provided by the distributor

Movie fans are able to watch low-budget flick “How to Steal a Dog” again at theaters since Thursday after its director publicly complained about the low number of screens it was shown on at conglomerate-owned multiplexes after its debut in December.

But the process the movie had to go through to receive a wider release reignited the controversy over how a small number of big companies are attempting to have a monopoly over the Korean film business.

It all started when Eom Yong-hoon, former head of the distributor of “How to Steal a Dog,” Little Big Pictures, wrote an open letter to President Park Geun-hye last month, condemning the local film industry’s structural flaws.

“The current film industry is mostly managed by a vertical integration of conglomerates,” Eom stated in the letter posted on his Facebook account on Jan. 27. 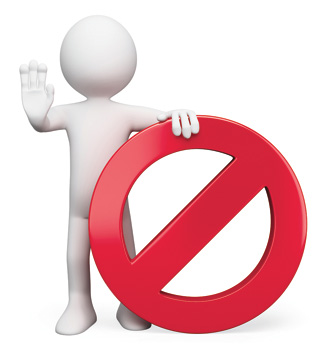 “While it has to be the demand that generates the supply, the supply is reversely generating the demand, which is a very unusual thing to happen.”

According to Eom, multiplexes are supposed to guarantee an abundant choice of movies at theaters but are misusing the system, negatively affecting the success of smaller movies.

“How to Steal a Dog” based on Barbara O’Conner’s book of the same title, gained positive reviews from critics ahead of its release date on Dec. 31. It especially garnered attention online for promising to deliver a heartwarming message about family values and for its inclusion of top stars such as Kim Hye-ja, Choi Min-soo and Gang Hye-jung.

But the film opened on a disappointing 205 screens nationwide - a number that shrank dramatically to 23 after two weeks.

In comparison, “Ode To My Father was still showing on more than 900 screens in its second week. The blockbuster was produced and distributed by CJ Entertainment, which owns the nation’s biggest theater chain, CJ CGV.

Common sense says that the humble number of screens “How to Steal a Dog” was shown on should mean it was unpopular among audiences - which is what the multiplexes are asserting.

Eom, however, counters that demand shrunk because multiplexes showed the film at off-peak times - during the morning or late at night - which inevitably led to low ticket sales.

“The theaters say that it was the low pre-sale rate that led to that number of screens, but you have to consider the number of people attempting to buy tickets,” Eom said in a recent interview with Ilgan Sports, a Korea JoongAng Daily affiliate.

“People tried to buy our movie’s tickets, but there were no theaters screening the film. It’s nonsense that they even comment on the law of demand and supply.”

A similar situation came to light a few days later on Jan. 27.

The filmmaker behind “Eoh Wu Dong,” an R-rated period film about notorious gisaeng (Korean courtesan) Eoh Wu-dong in the Joseon Dynasty (1392-1910) released a press statement complaining that his film was not shown on any screens at CJ CGV or Lotte Cinema, the nation’s largest and second-largest theaters.

It debuted on 15 screens nationwide at a limited number of theaters.

“Theaters consider box-office value as their foremost standard in deciding the box-office schedule, hence refusing to allocate screens to films that don’t have A-list actors,” read the press release. “Despite the marketing done at theaters, our movie could not receive any screenings at CGV and Lotte Cinema, which raises an issue of deprivation of the rights of the audience to watch the movie they want.”

From Tuesday, IPTV and VOD services started to show the film to compensate for the shortage of screenings.

“How to Steal a Dog” came out again on 44 screens nationwide from Thursday, including 18 at CJ CGV and six at Lotte Cinema.

“I officially announce the ‘reopening’ of ‘How to Steal a Dog’ on Jan. 12,” wrote Eom on Monday on his Facebook account.

“I am announcing this without any ability left to bear the advertisement expenses. However, on the back of the strong support you showed, I will gallop on once more.”

It is an unprecedented for a film to gain a larger number of screens at multiplexes a month after its release.

Whether or not a larger audience will turn out to support “How to Steal a Dog” remains to be seen.