Cho Hyun-ah is sentenced to one year in prison

Cho Hyun-ah is sentenced to one year in prison 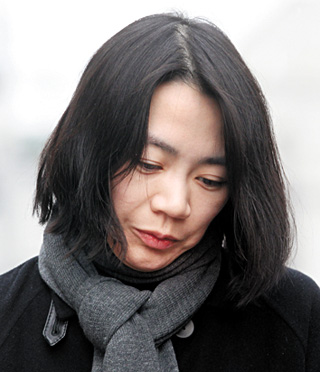 Former Korean Air (KAL) Vice President Cho Hyun-ah, who made international headlines last December when she forced a taxing plane to return to its gate following a confrontation over in-flight service, was convicted Thursday of violating Korea’s aviation safety law and sentenced to a year in jail.

Cho admitted to the charges suggested by the prosecution, which included obstruction and illegally changing the flight route. The verdict was handed down at the Seoul Western District Court, which sentenced the 41-year-old Cho.

Cho, the daughter of Hanjin Group Chairman Cho Yang-ho, stood accused of five charges, including violating aviation safety laws for changing the flight route (which carries the heaviest penalty), committing violence that impedes flight safety and obstruction of business. The KAL heiress became the object of international ridicule on Dec. 5 when she forced her Incheon-bound flight back to the gate at John F. Kennedy International Airport in New York to eject cabin manager Park Chang-jin following an altercation over the way the macadamia nuts were served in first class.

The biggest question during her trial was whether she would be convicted of compromising aviation safety for forcing the flight to deviate from its route. Those who are found to have violated the law are given a minimum of a year in jail.

This is the first time a person has been convicted of illegally changing the flight route.

“The incident should be regarded as [Cho having changed] the flight route because the pilot requested permission from the control tower to return to the gate,” the presiding judge said. “It appears the captain decided to comply due to Cho’s power and authority.”

Cho previously insisted that she did not intend for the plane to return to the gate, though the judiciary did not admit that claim either, stating that Cho ordered the plane to stop even after Park told her that the plane had already departed.

The prosecution previously demanded that Cho be sentenced to three years in prison on five charges and insisted that she did not show any signs of remorse, arguing that KAL officials had attempted to cover up the case later by persuading Park and other flight attendants to change their testimonies.

The court also convicted a KAL director on charges that he attempted to destroy evidence in the case. He was sentenced to eight months behind bars. Additionally, an official from the Ministry of Land, Infrastructure and Transport who tipped off Cho and her aides about the ongoing investigation was sentenced to six months in jail with a one-year probation.