Do gets Tussauds’ treatment

Do gets Tussauds’ treatment 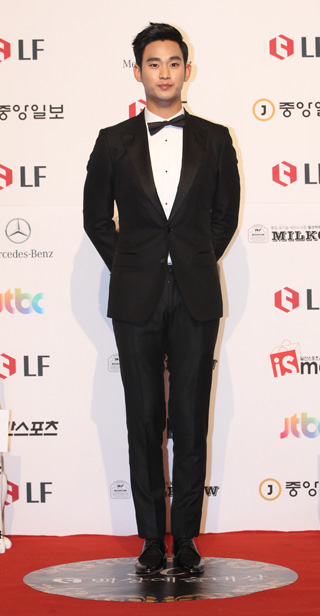 A life-size wax sculpture of a character played by actor Kim Soo-hyun will be displayed at Madame Tussauds Hong Kong, according to the actor’s agency Keyeast Entertainment on Friday.

Keyeast Entertainment said that Kim’s fictional character Do Min-jun from the hit drama series “My Love From the Star” (2014) will be put on display at the museum between April and May.

“By adding a wax figure of Kim we believe our lineup of wax sculptures will be complete,” an official from Madame Tussauds Hong Kong was quoted as saying in a press release from Keyeast Entertainment.

Kim reached the height of his career with “My Love From the Star.” The series centers upon the love story of an A-list actress and an alien from the Joseon Dynasty (1392-1910) who has been alive for 400 years.

Kim acts out the role of the alien who falls for an actress played by Jun Ji-hyun.

Because of its immense popularity in China, the drama series has been credited for bringing more Chinese tourists to Korea.