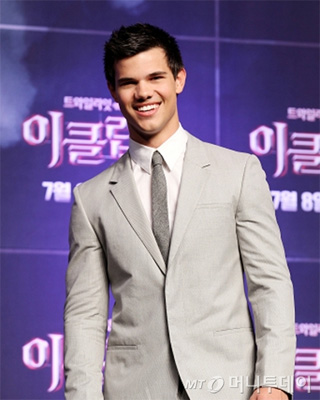 Hollywood actor Taylor Lautner’s visit to Seoul has been canceled.

According to The Holic Company, which promotes domestic and international films, the 23-year-old actor can’t make it for his scheduled visit in March.

He was supposed to come to Seoul on March 15 to promote “Tracers” and stay for three days. Many fans were disappointed with the cancellation as it was to be the “Twilight” star’s first visit to Seoul in five years.

Lautner’s new film “Tracers” is an action thriller about an ordinary man who makes a living by delivering parcels by bike but gets connected with the mafia when he comes across a mysterious girl who is into parkour.

The film will be released at theaters nationwide in March.