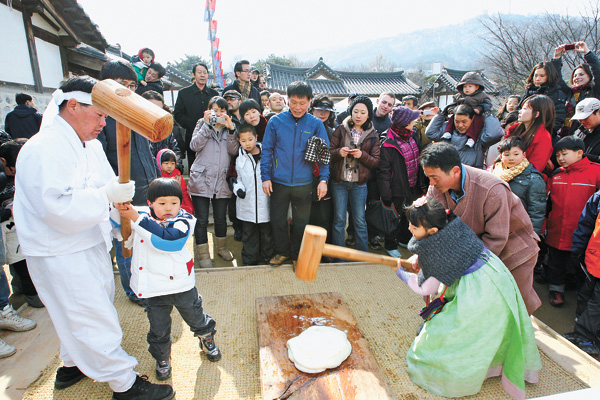 One of the nation’s longest holidays, Seollal, or Lunar New Year, kicks off on Feb. 18.

While the season is traditionally all about families getting together, with five days off this year there is plenty of time to enjoy trips to palaces, galleries, museums and even theme parks.

The national holiday is the best time of the year to explore cities and places that are usually crowded because a mass of people have to migrate to their hometowns to see their family during the period.

“We see fewer visitors during national holidays like Seollal,” said Jang Young-soo, the head of the public relations team at Everland Resort, a theme park in Yongin, Gyeonggi.

“We have the least number of visitors during the first and second days of the holiday.”

You don’t have to spend much to have fun during the Lunar New Year. All you need is to be updated about all the promotions, discounts and free activities. Here are some places where you can indulge in the festive mood. 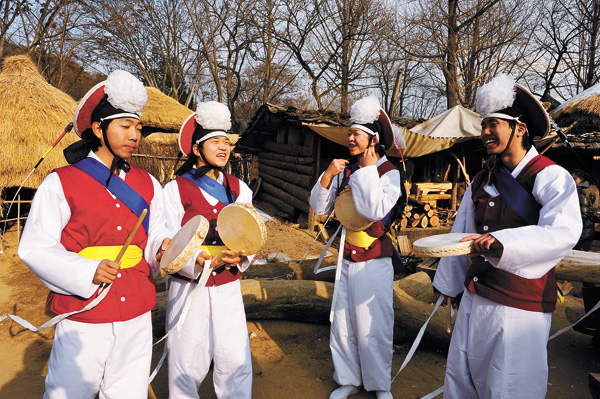 A group of pungmul, or Korean folk music performers, demonstrate jisinbalgi, a ritual conducted during Lunar New Year in which people stomp on the ground to wish for good luck and prosperity. [JoongAng Ilbo]

Since their offerings are so diverse, it will be hard for you to pick just one or two.

If you don’t want to move from place to place, spending the whole day at the folk museum or at the hanok village is a good idea. (Hanok in Korean means traditional Korean house.)

Some programs at the folk museum require reservations through the Internet, but people are able to sign up for most of the programs - such as making plates decorated with sheep patterns or reading one’s luck by throwing wooden sticks used for the traditional yutnori game - any day during the holiday.

What makes this year’s lineup of events different from previous years at the folk museum is that it has added international aspects. 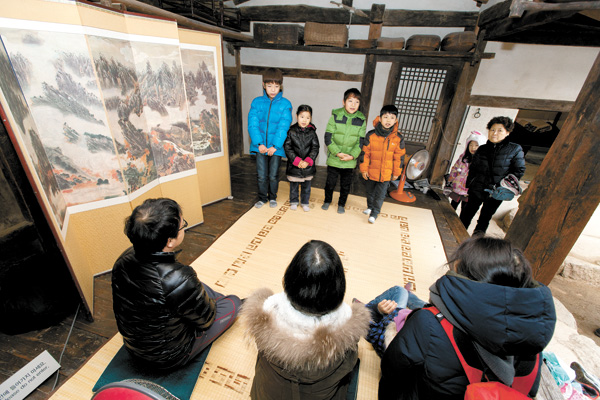 Children learn how to bow to their parents at the National Folk Museum of Korea. Provided by the museum

For example, visitors can discover their fortune using the Mongolian way of reading animal bones or can learn the New Year’s customs and traditions of Uzbekistan.

Namsangol Hanok Village offers a list of fun things to do, but the best are the hands-on activities in which people can try some Seollal delicacies. 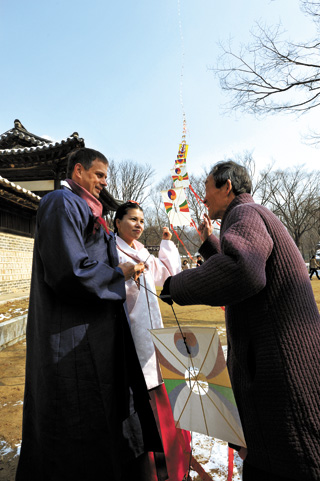 Flying kites is one of the common activities enjoyed during the Lunar New Year holiday. Provided by Korean Folk Village

Vouchers for a free bowl of tteokguk are supplied an hour before the scheduled tasting at the ticket office based on a first-come, first-served basis.

Koreans believe they grow a year older after finishing a bowl of rice cake soup on the morning of Seollal.

You can also get your fortune read in English at the hanok village for 5,000 won.

A perfect day out for Seollal: Korean Folk Village

If you want to be overwhelmed by the festive mood, head to the Korean Folk Village in Yongin, Gyeonggi. It will make you feel like you are visiting a humble village from the Joseon Dynasty (1392-1910).

The folk village promotes a series of events until Feb. 22.

Since it charges an admission fee of 15,000 won for adults and 10,000 won for children, the village offers more dynamic and large-scale traditional events. 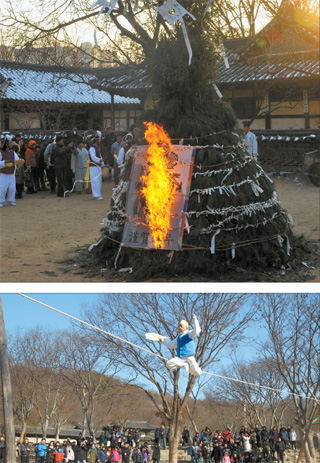 Jisinbalgi and burning daljip are a few of these activities.

Jisinbalgi literally means a ground-stomping ritual conducted during Lunar New Year in order to wish households good luck and prosperity for the year ahead.

A group of pungmul, or Korean folk music performers, stomp on the ground, which is considered an act that sooths the god of the ground.

Burning daljip is another spectacular experience you can witness at the folk village. People throw their wishes written on paper onto stacked pine branches and bamboo trees, which are later set on fire.

Don’t miss out on the bokjangsu, a man who hands out bok, or fortunes, during the holiday season at the folk village. He will give you deokdam, or New Year’s greetings.

People who were born in the Year of the Sheep are eligible for a 50 percent discount on a day pass.


Discounts for expats at Everland

Everland, the country’s largest theme park, which is located in Yongin, Gyeonggi, will display tools used during traditional games such as yut and jegi, which looks like a badminton shuttlecock, at its Carnival Plaza.

People who kick the jegi up in the air for the longest period of time win the game.

But the highlight of the seasonal event at the theme park is likely to be a drum performance called hwago. Performers will play a pair of huge drums, which stand 1.5 meters (4.9 feet) tall, at the Grand Stage, an indoor performance venue, on Feb. 18 and 19.

On Feb. 20 and 21, the modern performance versions of gukak, or traditional Korean music, will be staged twice a day. The gukak shows will have elements of b-boying and contemporary dance.

The theme park is encouraging families to visit its attractions together since Seollal is a holiday for families to spend time with each other. A 35 percent discount will be given on a day pass for families that have three generations of relatives.

Non-Koreans are eligible for a 50 percent discount on admission.

A day pass for an adult is 46,000 won while it costs 36,000 won for a child. With the day pass, visitors can enjoy various rides and get access to the country’s largest zoo.

During the national holiday, all permanent and temporary exhibitions held at the two branches of the National Museum of Modern and Contemporary Art, Korea (MMCA) are free of charge.

The Gwacheon branch of the museum is currently holding an exhibition of work by Leandro Erlich, an Argentine conceptual artist, while the Seoul branch is spotlighting young Korean artists.

After looking around the exhibitions, don’t miss out on any of the free performances.

At the Gwacheon branch, located in Gyeonggi, a traditional performance group and visitors will take a walk around the museum while playing traditional instruments on Feb. 20 and 21 at 2 p.m., while the Seoul branch, located near Gyeongbok Palace, central Seoul, is organizing a concert titled “Oh! Rock Concert” on Feb. 18 at 6:30 p.m.

The show will be held at the Multi Project Hall. A modern version of “Simcheongga,” a story of a girl named Simcheong, will also be presented.

Traditional musical instruments such as gayageum (Korean zither), haegeum (a string instrument) and piri (a double-reed instrument) will be introduced as part of the concert.