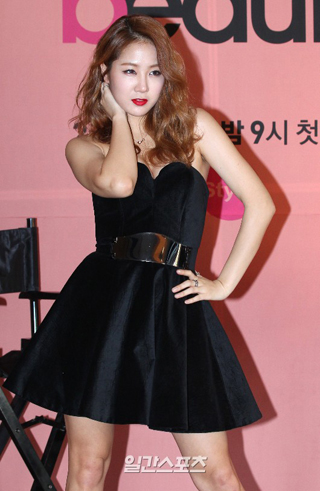 Soyou, a member of girl group Sistar, was injured while practicing choreography, according to her agency.

“She was complaining of pain in her thighs while she was practicing. And we found that a ligament in her leg has been strained,” Starship Entertainment said in a press release on Saturday.

Because of her condition, the 23-year-old singer could not participate in shooting for the popular reality TV show “Two Days, One Night” on Saturday.

“She will take her time to get well,” the agency added.

Soyou joined the four member group in 2010 but was not as popular as the other members in its early days. Last year she gained public attention for her collaborations with male singers, including the song “Some.”

Soyou is currently a host on the popular TV beauty show “Get It Beauty” with actress Lee Honey.