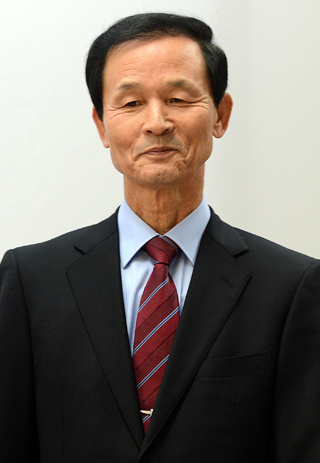 The Blue House is expected to appoint former national security adviser Kim Jang-soo as ambassador to China when it reshuffles diplomatic posts in the coming weeks, according to sources from the presidential office.

If he is appointed, it will mark the first time that a military figure will serve in an important diplomatic post in Beijing since the two countries formed diplomatic relations in 1992. China has since become an important strategic and economic partner to Seoul as the world’s second-largest economy has outpaced Japan and the United States in trading.

A diplomatic source, who spoke on the condition of anonymity, said that the appointment of the former four-star general would “underscore the Park Geun-hye government’s resolve to deepen its bilateral relations with China,” given that the two countries’ “cooperation in the military sector has lagged far behind in comparison to other fields.

“President Park values Kim’s military and diplomatic expertise but was compelled to let him go from the Blue House in consideration of the post-Sewol public backlash [against him]. It is understood that the president was personally involved in the decision to assign Kim to Beijing.”

The official added that the Chinese authorities are pleased with news of Kim’s upcoming appointment given the political and military clout that the new ambassador will bring as a former defense minister and senior Blue House official. It has been said that Beijing prefers to have a Korean ambassador with close political ties over a career diplomat.

The expected appointment comes nine months after Kim was dismissed from his Blue House post amid controversy after he defended the presidential office against accusations that it botched the response to the sinking of the Sewol ferry on April 16, which left over 300 passengers dead.

Kim said the presidential office was not in charge of overseeing the rescue effort after the ferry sank, a remark that immediately brought public criticism.

The 67-year-old, who served as defense minister in the Roh Moo-hyun government, made a strong impression on the public in 2007 when he shook hands with former North Korean leader Kim Jong-il in Pyongyang during the second inter-Korean summit between Roh and Kim. Unlike other officials present, who bowed slightly to show respect when greeting the late North Korean ruler, as in Confucian practice, Kim shook hands with the notorious dictator standing upright as the defense minister.

Following his term as defense minister, Kim was a lawmaker for the ruling party for four years starting 2008 and worked on Park Geun-hye’s campaign in 2012.

If appointed, Kim will replace incumbent Ambassador Kwon Young-se, a confidant of President Park who is said to be one of the candidates to replace Kim Ki-choon as her third presidential chief of staff for the Park government.