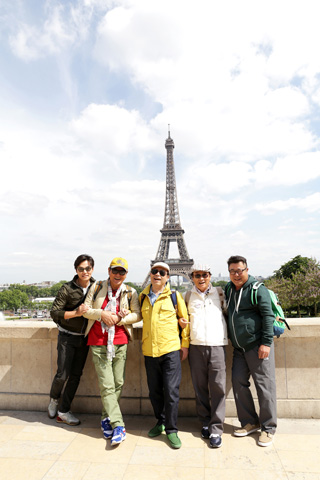 A team from the popular reality TV show “Grandpas Over Flowers” left for Greece on Monday. The team initially planned to travel to Jordan, but the production team changed the destination at the last minute because of safety issues.

The hit reality TV show features actors in their 70s who go on excursions. Lee Seo-jin has played the role of a tour guide since the show’s first season in 2013. Choi joined the team for the new season.

“She will follow the grandfathers from the beginning through the end of their stays in Greece,” said an official from the production team of the show.

Choi previously appeared in one episode of another popular reality TV show “Three Meals a Day,” in which some of the seniors showed up as guests. That episode earned high ratings. “Three Meals a Day” is also produced by Na Young-seok, who takes the helm of “Grandpas Over Flowers” series, and the show’s host is Lee Seo-jin.

The fourth season of “Grandpas Over Flowers” set in a Mediterranean country will broadcast in March.