Kang Nam goes back to school

Kang Nam goes back to school 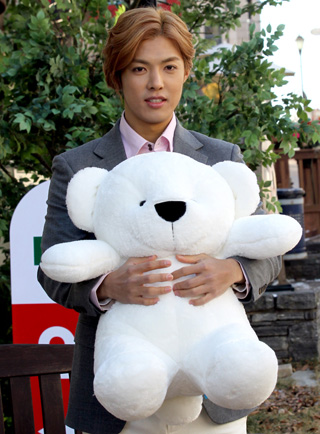 Kang Nam, a member of boy group M.I.B., will reunite with a former teacher who expelled him from a high school in Hawaii as part of reality TV show “Off to School.” The show follows celebrities as they revert to being high school students for just a few days and revisit their old school days.

According to JTBC, the 27-year-old singer will stay for three days at a high school in Hawaii.

The singer and entertainer will revisit the high school along with actor Nam Ju-hyuk, one of the celebrities who appears on the show.

Kang, who appears on many talk shows and variety TV shows such as “I Live Alone” and “Soksajeong Salon,” said that he went to five different high schools in Hawaii because he was a troubled teenager.

Kang’s episodes will air some time next month.

Kang debuted as a member of boy group M.I.B., which stands for Most Incredible Busters, but he gained recognition for his mangled Korean because he spent his early days in Japan.

He was born to a Korean mother and a Japanese father.