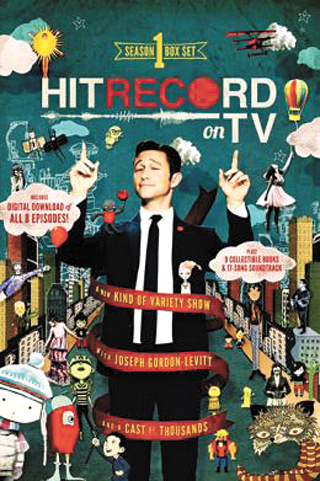 From hitRECord, a unique global online production company led by actor-director Joseph Gordon-Levitt, an official nine-book boxed set companion to the first season of their cable variety show - the only way to obtain all of the groundbreaking series’ episodes together.

The premier of the half-hour variety show HITRECORD ON TV in January 2014 was hailed as “a breath of fresh air” (USA Today). Hosted and directed by Gordon-Levitt, each of the eight episodes combine original short films, skits, songs, animation, live performances and stories - all contributed from thousands of artists from around the world through hitRECord.org, an online production company founded by Gordon-Levitt. Organized around a single theme - from “space” to “fantasy” to “money” - each episode highlights new and emerging talent and welcomes notable friends, including Scarlett Johansson, Elle Fanning, John Waters, Sean Lennon and Tony Danza, among others.

The strikingly designed boxed set contains an introductory booklet by Gordon-Levitt outlining the genesis of the show and hitRECord.org; eight collectible booklets, illustrated with full color-images, that elaborate on each episode’s theme; behind-the scenes-stories that take you inside the show’s creative process; and original supplemental content, including extended interviews and essays on each theme.