LG will release its new smartwatch in March

LG will release its new smartwatch in March 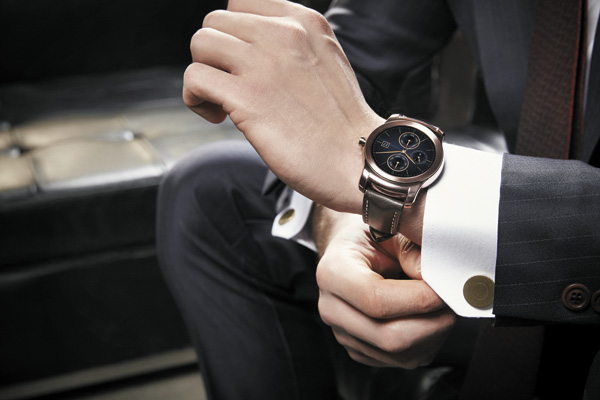 An LG Electronics advertisement shows the Android-operated smartwatch Watch Urbane, which is scheduled to debut at the Mobile World Congress next month in Barcelona, Spain. Provided by the company

LG Electronics said Monday it will unveil its first metal Android smartwatch called LG Watch Urbane at the Mobile World Congress, which will take place from March 2 to 5 in Barcelona, Spain.

The Watch Urbane is similar to the LG Watch R, the company’s first smartwatch with a circular plastic OLED display launched in October. But the new watch has a more formal look and a thinner face suitable for men and women, LG said in a press release.

“The LG Watch Urbane’s classic design and smart features make it the perfect smartwatch to complement our G Watch and G Watch R, which were designed as more casual and active devices,” said Cho Juno, president and CEO of LG Electronics Mobile Communications Company. “LG Watch Urbane is an important part of our strategy to develop wearable devices that are worn and viewed as everyday accessories, not electronic gadgets.”

LG said it created a classic design with a 1.3-inch full circle OLED display and a narrower watch face than in the Watch R. The stainless steel body comes in silver or gold with a 22-millimeter leather strap.

The watch also has a photoplethysmography (PPG) sensor that can measure the user’s pulse during exercise and the screen automatically goes dims to save battery life. It runs on a 1.2GHz Qualcomm Snapdragon 400 chipset, with 4GB of memory and a 410mAh battery.

The touch-based user interface means the Urbane can be linked with smartphones running on Android 4.3 or higher.

The price of the device and the date it will go on sale have yet to be decided.

Samsung Electronics is also expected to release its first circular smartwatch, known as Orbis Project, at the Mobile World Congress. It will be Samsung’s fifth generation smartwatch after the Gear, Gear 2, Gear Fit and Gear S.